Eason and Zebrowski in good shape for Vincent Ho

Eason faces his stiffest test to date at Happy Valley tonight when he lines up in the HK$2.4 million Class 2 Grass Island Handicap (1200m). Stepping up in grade following a pair of solid Class 3 wins over the course and distance, Frankie Lor’s three-year-old is out to make his Class 2 debut a winning one following a nine-point rating-rise to 83 after a facile victory in mid-April.

With championship-leading jockey Joao Moreira currently serving an untimely two-meeting suspension, Vincent Ho will instead take the reins aboard the chestnut and was pleased with what he felt following a workout last Thursday morning at Sha Tin. “I galloped him, nice horse, definitely. I think even going up in class he will have his chance,” Ho said. 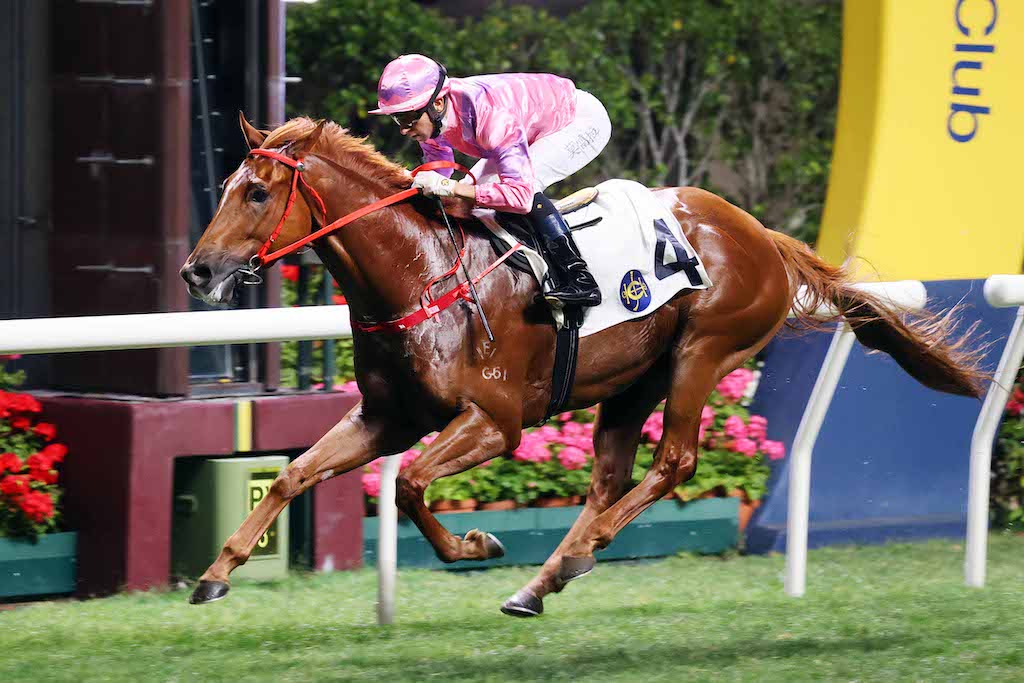 Ho takes seven rides at the Valley and this Sunday and gets the leg-up on Zebrowski in the HK$12 million G1 Standard Chartered Champions & Chater Cup (2400m) at Sha Tin. “He’s definitely a good ride, his last run was from draw 10 out of 10 and he still ran on ok. The distance, 2400 metres, I don’t think it is a problem and he has a good turn of foot,” he said.

Zebrowski is already a two-time Group 3 winner in Hong Kong with victories in the G3 January Cup Handicap (1800m) and G3 Centenary Vase Handicap (1800m). “As long as he relaxes in the race and he can show the turn of foot like he has in his trials, I’ll be happy with that,” Ho said.

The Savabeel gelding showed plenty of dash in a barrier trial last Tuesday (10 May), surging into second behind stablemate Columbus County over 1600m on the Sha Tin turf.

On Sunday’s card, Ho will also hop aboard Duke Wai for trainer Paul O’Sullivan in the HK$3.7 million G3 Sha Tin Vase Handicap (1200m), remaining pleased with his mount’s dependability in the lead up to this assignment.  “It’s a decent ride, Duke Wai. He’s a fit horse and he’s consistent of late and he’s racing well, so we’ll see how the race pans out but it’s a decent ride,” Ho said.

O’Sullivan has hit a purple patch this month with four wins since the start of May. “The Group 1 horses have a heavy weight and we get in light, so that makes a difference and my horse is running consistently well lately,” Ho said.