Duric on treatment for minor throat irritation, back next week

For the second week running, Vlad Duric is conspicuous by his absence at Kranji, leading many to speculate what is the reason behind the prolonged no-show, but the four-time Singapore champion jockey would like to reassure his numerous fans there was nothing serious and he would be back in the saddle next week.

The Australian jockey revealed he had been dealing with a niggling throat issue for a while, and it’s only recently that he had finally got around to seeing a doctor.

“I’ve had this small lump in my throat for about 18 months and it’s got progressively worse,” he said.

“I needed to get it right as it’s much worse when you’re wasting because you’re dry.

“I’m using a nasal spray, and it’s getting better. An ENT (ear nose and throat) specialist looked down my throat this week, and said it was a small irritation, it’s only minor.

“Hopefully, the nasal spray will clear it up. As I was on medication, I took an extra week off to give it more time to settle down.

“I should be back riding next week.” 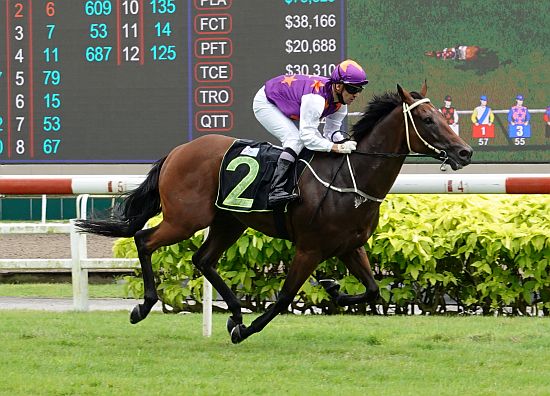 After scraping home for a fourth consecutive title last year, Duric had already predicted the 2021 season would be even tougher, with his main challenger, runner-up Ruan Maia, as hungry as ever.

He couldn’t have been more spot-on, albeit he had not even had the chance of jumping into the ring.

With three meetings already gone, his Brazilian rival has already drawn first blood with seven winners while Duric has still not got off the starting blocks.

He served a two-day suspension for careless riding (incurred at the penultimate 2020 meeting aboard his last 2020 winner Special Ops) at the first two meetings, and while he was booked for five rides at his comeback last Saturday, the current medical situation left him with no other choice but to stand himself down.

None of his five rides scored with their respective replacement riders, which, presumably, would have made him less regretful he had missed out.

While praying Maia doesn’t add more space between them this weekend, Duric expects to fully recover soon so he can make his return and begin his title defence bid on January 30.