Harry and Christina Dunlop have come to the end of a glorious journey with the news that six-year-old Robin Of Navan, who gave the Lambourn team their first Group 1 success when landing the 2015 Criterium de Saint-Cloud, has been retired to stand at stud in France at the Haras de la Barbottiere. 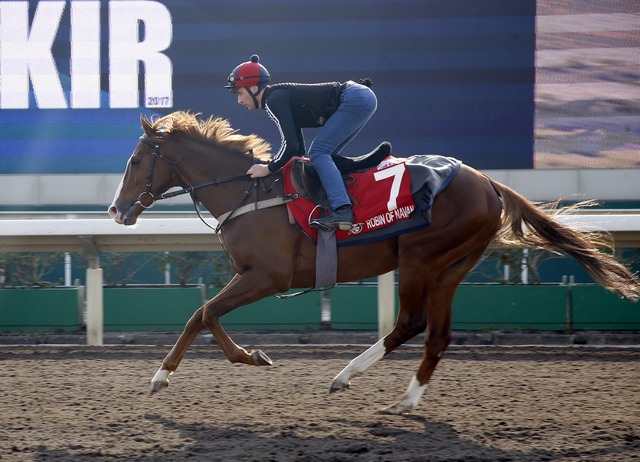 "He has been a horse of a lifetime and will be much missed in our yard but I'm delighted that he is going to stand as a stallion in France," said Harry Dunlop, who campaigned Robin Of Navan across three continents in a career that brought more than half a million pounds in win-and-place prize-money, a figure that has been further enhanced by €250,000 in owners' premiums earned over 19 starts in France.

While the son of American Post won four times in France at two, he has taken the Dunlops to ever more exotic racing destinations, including Italy, Germany, Hong Kong and the United States.

The trainer added: "Christina has led him up on every start since he was a two-year-old and, wherever he has been in the world, we've kept up the tradition. This year he won a Group 2 in Germany, ran at Royal Ascot and in America. His five starts in 2019 were in five different countries and he is tough as nails.

"He broke us into the big time as the Criterium de Saint-Cloud was our first Group 1 winner and he beat horses like Idaho and Cloth Of Stars. Taking on the battalions of Coolmore and Godolphin was obviously very exciting for us."

After a three-year-old campaign interrupted by a muscle injury picked up in the Prix du Jockey Club, Robin Of Navan roared back to form at four, winning the La Coupe at Chantilly as well as finishing second to Mekhtaal in the Prix d'Ispahan and a close fourth behind Ribchester in the Prix du Moulin, performances which earned him an invitation to the Hong Kong Cup.

He was still performing at a high level this season, landing the Group 2 Meilen Trophy at Dusseldorf and running well in defeat to Circus Maximus in his second Moulin appearance.

"He got faster as he got older and we dropped him back in trip," said Dunlop. "When he was a two-year-old he won his Group 1 on very heavy ground but as time went on, he became more effective on faster ground, he was very versatile. He has been an amazing servant."