Three days after seeing what he called "one of the biggest certainties of the day" finish only sixth, Karl Burke was much happier watching  Dubai Station land a breakthrough Group 3 success. 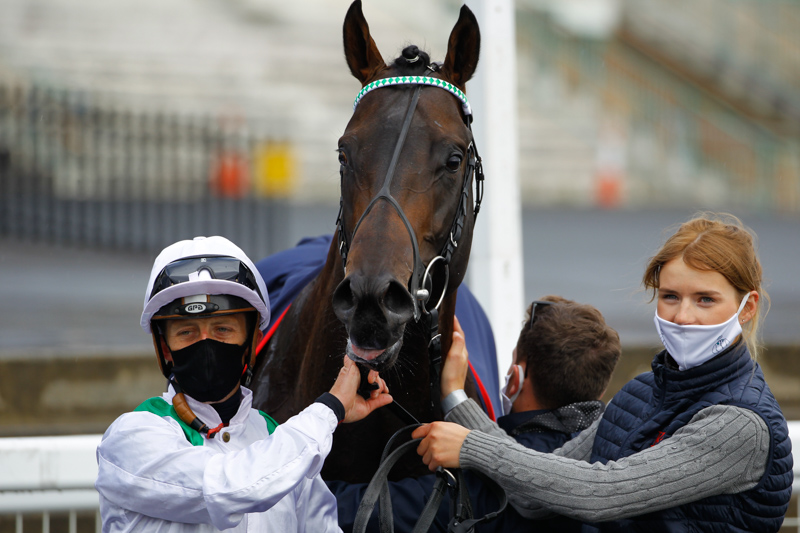 Little Red Socks was the most pointed of the five losers he sent out on the afternoon that racing resumed at Newcastle, when the Middleham trainer feared some of his horses might just be in need of an outing.

But after a juvenile victory on Tuesday, Guipure confirmed there was little wrong with the string's fitness by landing a three-year-old event 48 hours later and his contemporary Dubai Station earned a trip to Royal Ascot with success in the Pavilion Stakes.

The colt was third in the Group 2 Norfolk Stakes at that meeting last year and showed he was back to his best with a neck victory under Ben Curtis, holding on gamely from the unlucky-in-running Malotru.

"I'm really, really happy with that," Burke said. "He's a very good horse, he's showing that on the gallops at home. He does a lot of his work with Lord Of the Lodge and he's probably got a better turn of foot than him.

"We knew we had a horse but he had a few niggles last year and we had to iron them out through the winter, we had a bit of a clean up in a couple of joints.

"He's given us no problems through the winter and he's worked really well. Rhona Pindar rides him out every day, she's been bubbling about him for a long time and she wanted to come here and lead him up. It's great for the owner because he was nearly going to sell him and we persuaded him to keep him."

Two of the last five winners of the Pavilion Stakes, which is usually run at Ascot, have gone on to Group 1 success and Dubai Station is a best-priced 20-1 to emulate them in the Commonwealth Cup, a race Burke took with Quiet Reflection in 2016.

"He wouldn't want the ground too soft, that was plenty slow enough for him there, and we'll hope for good, fast ground at Ascot," the trainer said. "He'll go for the Commonwealth Cup and he'll go there with a chance."