Mick Price and Michael Kent Jnr would like to get a ‘big one’ on the board for Extreme Warrior before he is shipped off to stud for the coming breeding season. That big one may come as early as Saturday when the valuable colt lines up in the Group 1 The Goodwood (1200m) at Morphettville. 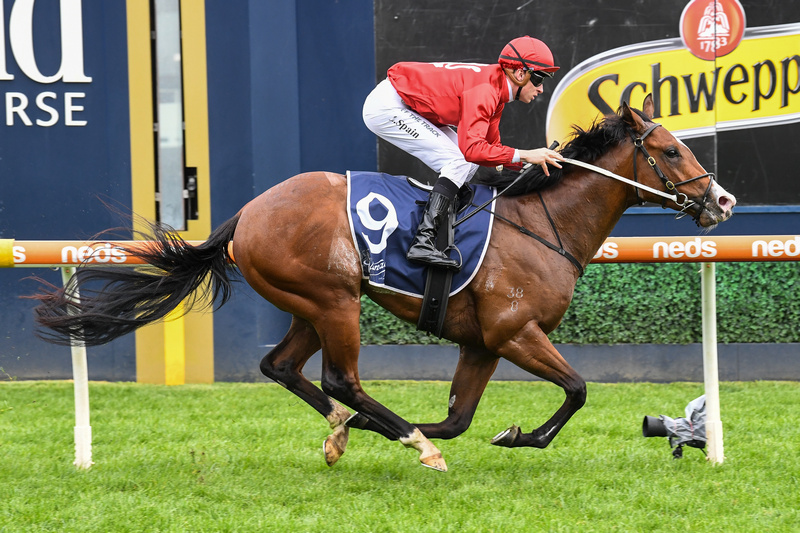 Extreme Warrior has the services of Jamie Kah on Saturday, picture Racing Photos

With Extreme Warrior’s sire Extreme Choice having fertility issues resulting in small books, it is that sire's sons which breeders have turned to to stand at stud.

“It’s a big one to get if we can get it,” Kent Jnr said. “He’s a Group 1 talented colt and he won first-up. He was a bit big and fresh and sweated up in the yard, but has had the benefit of a month between runs.

“He trialled last week, beating Lombardo and Star Patrol, and he’ll go to Adelaide with Jamie Kah on board and hopefully will be hard to beat.”

Price and Kent will also saddle Lombardo in the 1200m dash. The stablemate loves travelling to Adelaide and is unbeaten in four starts, winning twice on the Parks track and twice on the main track at Morphettville.

Lombardo's most recent victory was in the Listed Manihi Stakes (1100m) on April 2 which was followed by a sixth in The Discovery at Sale on Good Friday, followed by a last start second to Regardsmaree in the VOBIS Gold Sprint (1200m) at Caulfield on April 23.

“He takes a while to get fit, so we put a few races together,” Kent Jnr said. “He was beaten a bob of the head last start and now that we’ve had the benefit of a month between runs, he’s got that fitness but also the freshness in his legs.

“He’s a tough gelding, he’s got a great winning strike-rate and I think he’ll make his presence felt.”