Waipukurau trainer Simon Wilson has welcomed the announcement that the Gr.3 Winter Cup (1600m) will take place at Riccarton next month.

“It is good to see that the Winter Cup is back,” Wilson said. “I will just have to see how the first couple of races go to see if we can get him to hit some form.

“We will play each start as it comes, but if we can get there that would be great.”

The eight-year-old son of Zed will have his first start since October at Wanganui on Friday in the Palamountains Scientific Nutrition 1600.

“He has been in work a while, but he will certainly need the run,” Wilson said. “It is going to be a heavy track and he will need a run or two to get going.”

Dez will carry 60.5kg on what will likely be a Heavy11 track, but that holds no concerns for Wilson.

“Being by Zed, he seems to like the heavy tracks,” Wilson said. “Wanganui can be a bit tricky at times, but he likes the heavy going, so it shouldn’t be a major problem.

Wilson said he has been kept busy on his Hawke’s Bay property over the last couple of months, but he has been enjoying working his team of four racehorses before he heads out on the farm.

“We carried on like normal through lockdown, so that has been good. We are ticking along quite nicely,” he said.

“We get the horses worked first thing, and then get out on the farm. That seems to work well with the farming routine.”

Wilson said the year has been a lot tougher than normal because of the dry conditions in his region and he is looking forward to the reprieve of heading back to the races.

“We had a drought in the Hawke’s Bay, so it hasn’t been as easy as normal, but we are getting through it now,” he said. 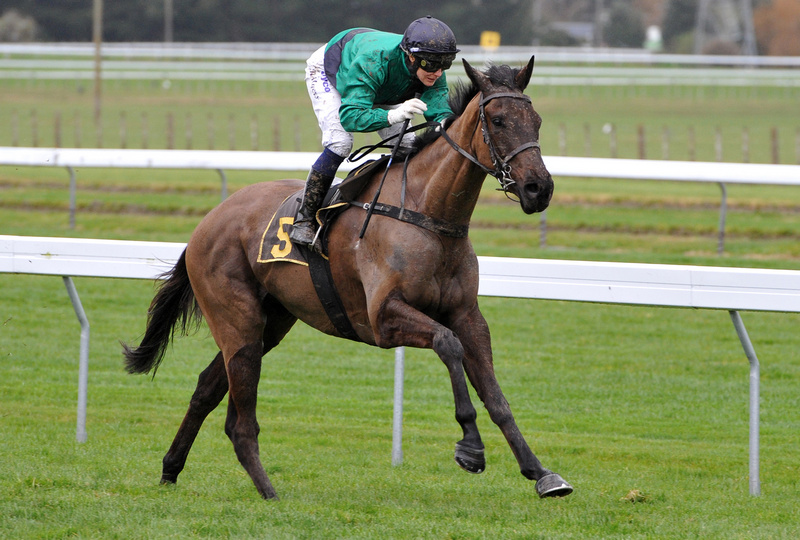 Gore trainer Ellis Winsloe thought he would have a couple of nice chances in the Grand National Steeplechase (5600m) this year, however, its absence as a result of the COVID-19 pandemic has forced him to change tack.

Irish Excuse, Nomen Ludi, and Tai Ho, were all earmarked for the South Island feature, but now Winsloe has been forced to eye some other targets for the trio.

“The plan for the whole three was the Grand National,” Winsloe said. “At the moment, those three horses could be heading across the water (Cook Strait).”

Before then Irish Excuse and Tai Ho will line-up at Riccarton on Saturday and Winsloe expects both geldings to perform well.

Irish Excuse won first-up over 1200m at Riccarton last month and Winsloe expects a repeat performance in the Norwood Farm Machinery (1200m), despite a spanner in the works earlier this week.

“He has been in work for about four months because we had been planning on going to the Grand National with him, so he was fit and ready to go first-up,” he said.

“He seems quite well, but we have had a bit of an issue during the week.

“He had a bruised foot, but it busted out on Tuesday morning. It looks all good now and I am happy with him.

“He will tackle a similar field with similar conditions to last start, that’s why we have stayed.

“He has always liked Riccarton. Hopefully we can pull it off again, but weight is our biggest concern.”

Irish Excuse was set to carry 63kg on Saturday, however, Winsloe has utilised the services of apprentice jockey Rohan Mudoo and his two kilogram claim.

“Weight is a big problem for these horses, but like the other day he just has to put his best foot forward and he will be hard to beat again.”

Winsloe is now eyeing the Gr.3 Winter Cup (1600m) with Irish Excuse and stablemate Nomen Ludi, who was initially set to race this weekend after his first-up runner-up effort at Riccarton last month.

“Nomen Ludi had 63kg on Saturday as well, but he’s not as strong a horse as Irish Excuse, so we had to withdraw him. His aim is now the Winter Cup,” Winsloe said.

Nine-year-old gelding Tai Ho will contest the Coca-Cola (2000m) and Winsloe believes the son of Winning Boy will be highly competitive after his first-up sixth-placing last month.

“Tai Ho went massive the other day,” Winsloe said. “If he goes as good as he did over 2000m they would struggle to beat him I think.”

While his stablemates are tipped to contest the Winter Cup, a trip north to contest feature steeplechase races is on the cards for Tai Ho.

“He is heading to a big steeplechase in the North Island somewhere,” Winsloe said.