Decision made on Marmelo's future

Last year's Melbourne Cup runner-up Marmelo (GB) has been retired and will stand at stud in France during the upcoming Northern Hemisphere breeding season.

Marmelo will stand as a dual-purpose (flat or jumps) stallion at Haras du Grand Courgeon in Lion d'Angers, in the west of France, for a service fee of €3500 (A$5600).

"He was a tough and solid horse, two qualities he has been able to take advantage of during his long journeys which are hard on horses," Haras du Grand Courgeon's Alban de Mieulle told Jour de Galop.

"He performed well from the age of three to six and has a versatile pedigree.

"He could be used for speedier mares to produce flat horses and looks to be a good recruit for the west of France."

Trainer Hughie Morrison and connections strongly insisted there was nothing wrong with the horse and spoke at length on Racing TV's Luck On Sunday program about his disapproval of the process involved and what it meant for his racing future in other jurisdictions.

Marmelo, a son of Duke Of Marmalade, raced 22 times for seven wins and nine placings. He won five Stakes races including the G2 Prix Kergorlay (3000m) at Deauville twice, firstly in 2017 and then in August 2019, which would be his final start. 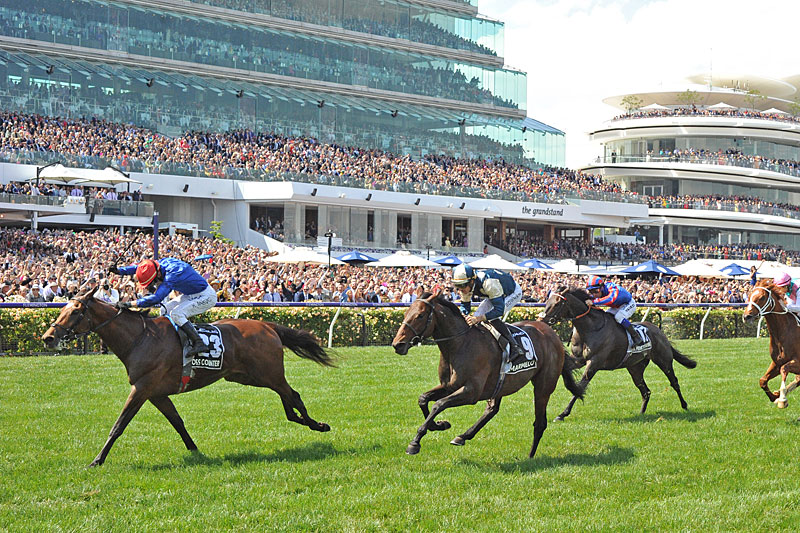