This year’s Japanese contingent for the upcoming LONGINES Hong Kong International Races on Sunday, 12 December features a stellar line-up of 12 horses, the second largest in history behind the 13 shuttled across in 2016.

Danon Smash, a smashing victor of last year’s G1 LONGINES Hong Kong Sprint (1200m), arrived in Hong Kong last night to defend his crown. But before all of this, his sire Lord Kanaloa, now one of the top stallions in Japan, gave Danon Smash’s handler Takayuki Yasuda two crowns in the Hong Kong Sprint (2012 & 2013). 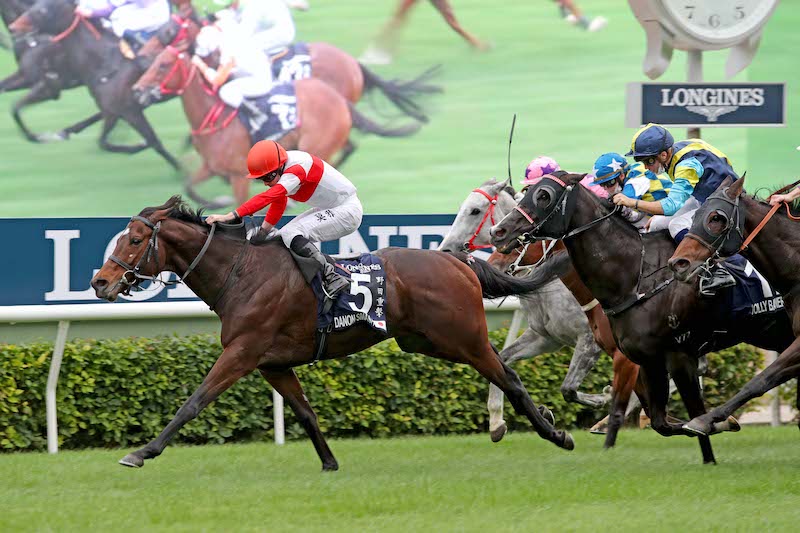 A six-year-old now and readying for his final start before stallion duties, Danon Smash kicked off his campaign with victory in the G1 Takamatsunomiya Kinen (1200m) first-up in March this year to register his first top-level win in Japan. It was also another father-and-son achievement following the pair’s triumphs in the Hong Kong Sprint.

After this, Danon Smash shuttled once more to Hong Kong but was unable to justify favouritism when sixth in the G1 Chairman’s Sprint Prize (1200m) on FWD Champions Day.

Returning from a five-month layoff, Danon Smash contested the G1 Sprinters Stakes (1200m) at Nakayama on a mission to sweep the two Japanese G1s run each year for sprinters, the Takamatsunomiya Kinen and Sprinters Stakes. However, he didn’t fire and his trademark turn-of-foot was nowhere to be seen. He finished sixth.

Danon Smash had his final piece of fast-work at Ritto Training Centre near Osaka on Tuesday (30 November) before his journey to Hong Kong. On the hill training track at Ritto, he worked for 800m and was asked to drive strongly towards the end of the gallop, covering the last 200m in 11.80s under the exercise rider.

Yasuda, who supervised the horse this morning, said: “I did not want to give him too much work, just pushing him a bit stronger over the last furlong. He comes off the Sprinters Stakes [in October] and that was the same as last year [when he won the Hong Kong Sprint].

“As we have enough time to prepare for the big race at Sha Tin, I am sure my stable staff will handle everything well and take good care of the horse there, so I am not worried at the moment. I understand it will be a tough race to compete in but I really hope he will run his race.”

Can Danon Smash inherit all the achievements his super father accomplished? Either way, it will be a lot of fun to see him at Sha Tin once more, not only for the Japanese racing fans but also those in Hong Kong.