Cummings will start the day off with debutant Have Mercy lining up in the Vinery Stud Handicap (1100m). The two-year-old impressed in her most recent trial, beating the Golden Slipper placed Ingratiating by two lengths, and the daughter of American Pharoah (USA) is one of three horses that hold a nomination for the Group One Golden Rose from his stable. 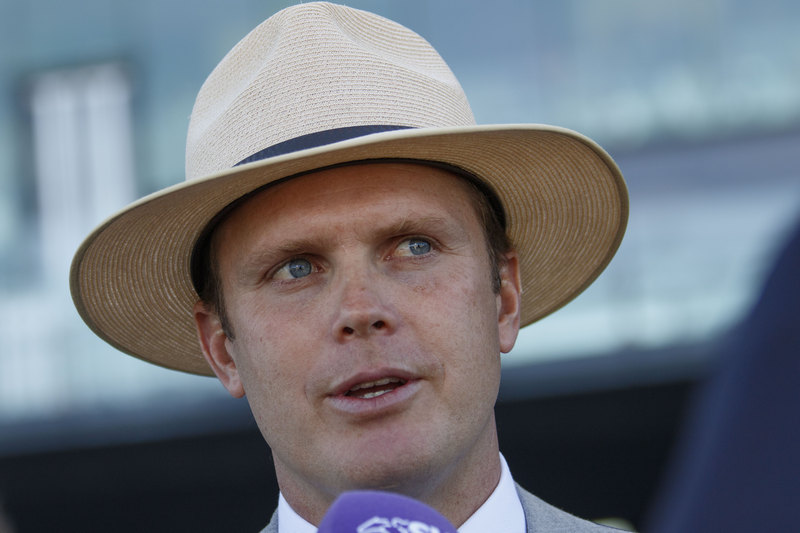 The Hawkesbury-based trainer is confident Have Mercy can get the job done, despite drawing barrier 16.

“I suppose the results from last Wednesday, those two horses [Brigantine and Laurelin] both were drawn poorly out wide and being good enough to win would suggest that it’s not impossible,” he said.

“It would’ve been nice to draw in at least midfield. Nevertheless, I think she’s a nice horse, she’s shown a bit of gate speed in two trials.

“She seems to have the makings of a reasonably nice horse. She’s a nicely-bred filly that’s shown a bit from day one.”

Sunborn is Cummings second runner, who will line up in the Darley Supporting Catwalk Handicap (1150m) after being scratched at Canterbury a fortnight ago. The three-year-old has since won a trial comfortably at Hawkesbury, with Hugh Bowman sticking with the filly for Wednesday’s assignment.

Cummings thought Sunborn would’ve been hard to beat a fortnight ago and is hoping she’s too good for her rivals on Wednesday.

“We took her to the trials, gave her a burn around; just got rid of her nervous energy,” he said.

“Hughie [Hugh Bowman] going back on for Wednesday is a good fit. He got a feel for her in the trial the other day.

“I would expect that from barrier five, she’d sit pretty nice in behind some obvious speed in the race and hopefully she’s too good.”

Group One Queensland Oaks winner Duais has returned to Cummings’ Hawkesbury stable in preparation for her spring campaign. Cummings said the rising four-year-old is progressing nicely, but a plan has not been set for the daughter of Shamus Award.

“She’s going okay. She’s only been in work for two weeks and coming along nicely,” he said.

“There are a stack of options for her. The only limitation to her options are COVID restrictions.”