Jim Crowley will have the chance to win a second Prix de l'Abbaye aboard hot favourite Battaash, as the jockey can now travel to Longchamp on Sunday without the need to quarantine upon his return.

On Wednesday the BHA announced an addition to its Elite Traveller Exemption protocols which means jockeys in action at this weekend's Arc meeting may choose to register for a 'frequent private traveller' option, making them exempt from self-isolation upon return.

Had Crowley been required to quarantine for eight days he would have been ruled out of Newmarket's Future Champions meeting next weekend where he would be in line to ride Albasheer in the Darley Dewhurst Stakes for boss Hamdan Al Maktoum.

Instead the rider, who is due to be in action at Newmarket on Saturday before heading to Longchamp on Sunday, is one of the big beneficiaries in the change to the protocols and is excited to retain his partnership with Sheikh Hamdan's speedball Battaash.

"I'm looking forward to riding Battaash and it would have been a shame due to the rules to not be able to ride him at Longchamp," Crowley said on Wednesday. "Dr Jerry Hill [of the BHA] has been marvellous. I've done a test already which has come back negative so it's looking like it's all systems go."

Crowley has been aboard Battaash on his last 12 starts, a run which has yielded seven victories including a King's Stand and a brace of Nunthorpes. 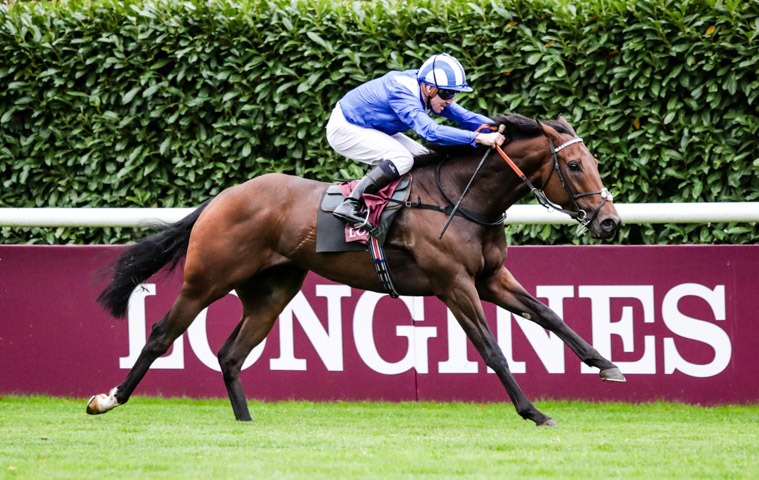 The pair won the Abbaye in 2017 when it was staged at Chantilly, but have been out of luck the following two years at Longchamp, and were well beaten on testing ground behind Glass Slippers 12 months ago.

Testing conditions look likely again this weekend with the going at Longchamp on Wednesday described as very soft.

Crowley, however, has heard conflicting reports, and added: "Some say it's going to be soft, some say very soft and I've even heard some people saying the sprint track could be good.

"The sprint track does sometimes ride differently to the round course so we'll have to wait and see. Last year was heavy and I just hope it's not that."

Tom Eaves was ready to put up with a spell in quarantine for the chance to win back-to-back Abbayes on Glass Slippers, but, like Crowley, he will now be able to travel to and from Longchamp on Sunday without restrictions.

"We've got a few things to sort out, but the plan is to go in and out in a day," Eaves said on Wednesday.

"I sat on Glass Slippers this morning and she feels really well so we're looking forward to Sunday. It should be slow ground, that was the case last year, and we're happy with her."

The Kevin Ryan-trained Glass Slippers is a best-priced 7-2 second favourite for the Abbaye in which she will be bidding to become the first repeat winner since Lochsong in 1993 and 1994.

Battaash, who beat her into second place in the King George Stakes at Goodwood in July, is general 5-4 favourite after his latest Nunthorpe success, but Eaves said: "Battaash was in the race last year and I wouldn't be swapping her.

"Glass Slippers was beaten by Battaash at Goodwood, but she's improved since then, she proved that in Ireland.

"I've been lucky enough to ride four Group 1 winners and every one of them means a lot, but to win another on her would be amazing."