Crosshaven has continued to raise the bar and has now emerged as a leading Caulfield Guineas contender.

The Lindsay Park-trained galloper has won four of his five starts after adding the $250,000 Group 3 Caulfield Guineas Prelude (1400m) to his record on Saturday.

Crosshaven won his first two starts in early winter before returning with a midfield finish in the Group 3 McNeil Stakes at Caulfield on August 29.

The son of Smart Missile has since relished the step up in journey to 1400m, winning the Listed Exford Plate at Flemington on September 12 ahead of Saturday’s success.

Under the guidance of Daniel Stackhouse, Crosshaven ($5.50) tracked the speed set by National Choice before taking over with 150m to run and then defy his rivals. 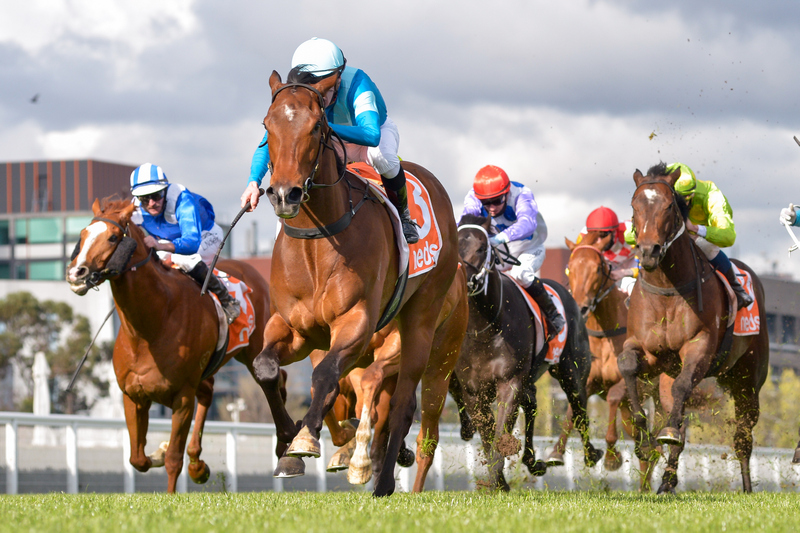 Lindsay Park co-trainer Ben Hayes is looking forward to the $2 million Group 1 Caulfield Guineas (1600m) on October 10 with the three-year-old.

Crosshaven firmed from $21 into $11 with TAB for the race in two weeks after his comprehensive win.

“It was a really good effort because it looked to me that they really ran along there and he was able to do it at both ends,” Hayes said.

“He’s four from five now. He’s got a fantastic record and every race he’s won impressively.

“He’s now a serious contender heading towards the Caulfield Guineas.

Stackhouse doesn’t see any reason why Crosshaven won’t handle the extra ground of the Guineas.

“He keeps improving and impressing us,” Stackhourse said.

“There’s only one way to find out, go there and have a go.”

Flying Award drifted from $9 to $17 in Caulfield Guineas betting after finishing last in Saturday’s race as the $4.60 favourite.

“He just didn’t fire at all,” Oliver said.