Reigning $1.5 million Dubai Gold Cup sponsored by Al Tayer Motors (G2) title holder Cross Counter will remain in training for his 5-year-old season in 2020 and trainer Charlie Appleby has confirmed that the Godolphin colour-bearer is set to arrive in Dubai to winter on Tuesday morning. The 2018 Melbourne Cup (G1) winner exits a failed defence of said Down Under title, but did not disappoint in his effort.

“The horses are travelling back from Melbourne and obviously we’re delighted with Cross Counter’s run there,” Appleby said. “He had a lot of traffic problems throughout the race, but once he got into the clear, he ran on strongly and we were very pleased with that under that top weight.

“We’ll try to stick to the same program as we did this year,” Appleby continued. “He’ll arrive back in Dubai and get a break and his target will once again be on (Dubai) World Cup night for the (Dubai) Gold Cup. We look forward to that. He has his well-deserved holiday now and we’ll start preparation in late January toward what will hopefully be a repeat performance of last year.” 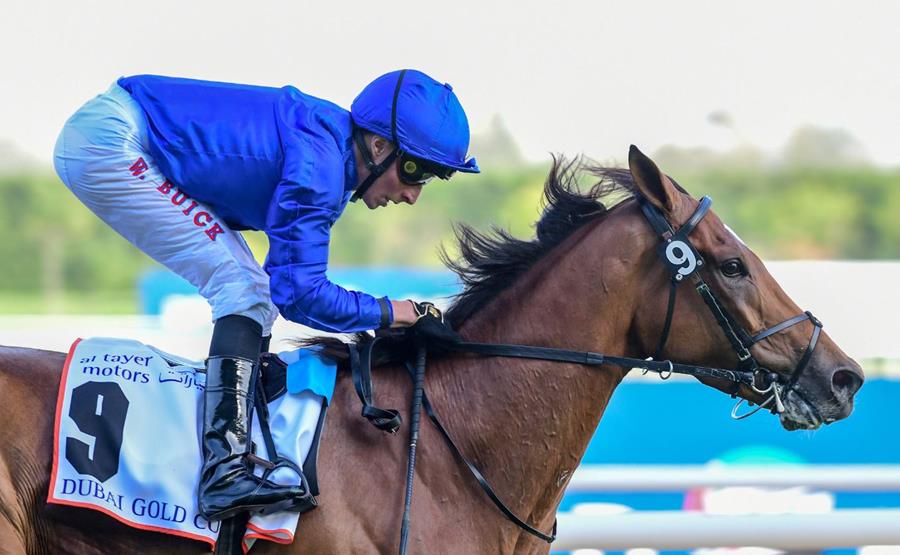 Following his popular victory in the 3200m Dubai Gold Cup, Cross Counter clashed with the top stayers in the world in Europe, including the mighty Stradivarius, whom he chased home when fourth in the Ascot Gold Cup (G1) over a gruelling 4000m and a fine third in the Goodwood Cup (G1) in July. After a disappointing fourth in the Irish St Leger (G1) when the running of the race did not suit him, he finished a close-up eighth in the Melbourne Cup.

IN BRIEF: Doug Watson has reported that HH Sheikh Hamdan bin Rashid Al Maktoum’s 2019 DWC Carnival winner Ekhtiyaar (pictured below) may try the dirt as an experiment in December. Out of a Giant’s Causeway mare, the son of Bated Breath reportedly moves well over the Red Stables’ dirt course. The Nad Al Sheba Sprint (G3) runner-up was last seen in action finishing 9th of 13 in the Al Quoz Sprint (G1)… Going into this weekend, five jockeys currently share the lead in the UAE seasonal standings with seven victories apiece: Pat Dobbs, Connor Beasley, Tadhg O’Shea, Antonio Fresu and Szczepan Mazur. Of those, Dobbs leads in prize money (about $221,000) and strike rate (29.2%) from his 24 mounts… The owners’ race is off to an exciting start as Sheikh Hamdan bin Rashid Al Maktoum’s Shadwell blue and white are back this year in full force, matching strides with the silver and black of defending champion Khalid Khalifa Al Nabooda, garnering six victories apiece, which is double Mohd Khalifa Al Basti and HH Sheikh Mansoor bin Zayed Al Nahyan, who are tied in third… The eye-catching silks of EERC (Emirates Entertainment Racing Club) are off to an auspicious start to the season with two victories and a fifth from five starts, already equalling their win total from last season. They will try to double up with Watson-trained Oct. 24 winner Tradesman in the Longines Record Collection handicap over 1900m on Thursday… Eddie Wong Ming Chak and Wong Leung Sau Hing’s Exultant continued his march toward an intended start in March’s $6 million Longines Dubai Sheema Classic (G1) with a stylish win in Sunday’s Jockey Club Cup (G2) at Hong Kong’s Sha Tin. Rated an impressive 119, the son of Teofilo will first attempt to defend his title in the Hong Kong Vase (G1) in three weeks’ time… 2019 Burj Nahaar (G3) runner-up and Turkish star Good Curry is reportedly coming back for the 2020 DWC Carnival… Two DWC Carnival alumni will contest the $260,000 Bahrain International Trophy in its inaugural running this Friday at Rashid Equestrian & Horse Racing Club, Aquarium and Eugenio. 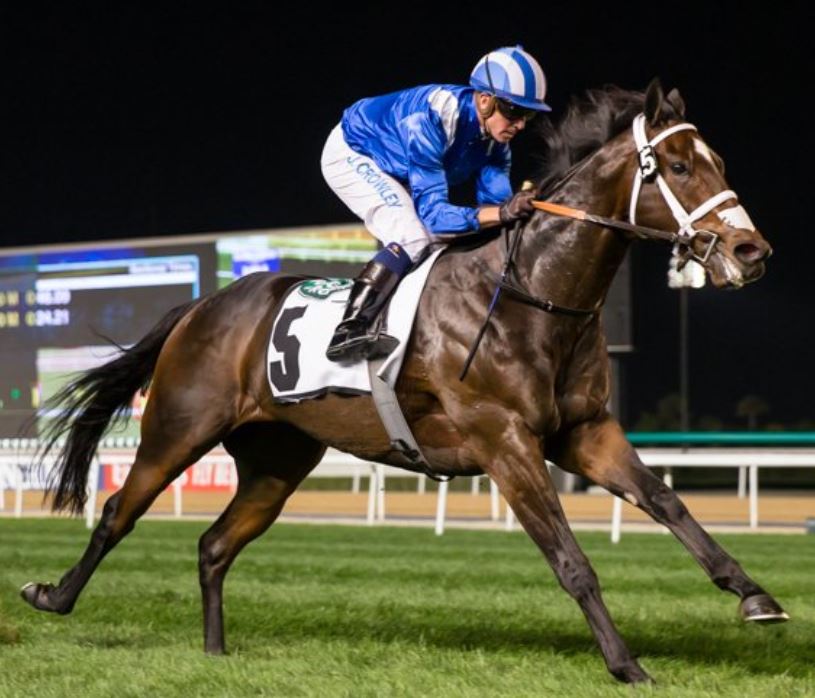