The hardship faced by racecourses in a world without spectators was made plain on Monday, with BHA chief executive Nick Rust warning of a "strong risk" of UK course closures in 2021 and the Racecourse Association's David Armstrong saying financial help would have to arrive before crunch time next spring.

Rust said that, while there was no imminent threat to any of Britain's 60 tracks, a safe way of crowds returning would need to be found in the coming months to prevent serious hardship or worse.

Picking up the theme of Rust's comments, Armstrong pointed to next spring as a real pinch point in the finances of both racecourses and racing in general.

"The key point in time is as we get to the end of the first quarter next year and at that point, those racecourses with major meetings throughout the spring and summer – which is a lot of racecourses – would already be on sale to the public for both general admission and hospitality," said Armstrong. "If that was not possible to do then the cash flow starts to get very difficult indeed for some racecourses.

"That's what has been behind the submissions to the government asking for financial support. A cliff edge would be over-dramatising it but it is a serious pinch point in cash flow that happens. It effectively happens in the second quarter next year but if we don't see solutions on the horizon in Q1, that’s when we'll start to be in trouble."

Racing's leaders have laid out a three-pronged submission to the Department for Digital, Culture, Media and Sport – and by extension the Treasury – all designed to shore up the financial situation in the face of the ongoing coronavirus crisis.

In addition to seeking ways to get meaningful numbers back on racecourses and reform of the levy, racing has replied to the government's request for details of the sport's finances with a view to potentially offering direct aid.

Armstrong said: "Firstly we don't know if there will be an offer of government help yet. But one of the things we've explained is that racecourses that are racing through the winter are largely okay and will certainly survive the loss of income in one piece.

"So although we've got a loss of income from the lack of crowds for this six months, the real pain comes in January, February, March time. What we've been asking is that if there were any financial support available, it would be available also at that time as well as now.

"If racing in general is to receive financial support, its greatest use would come in the end of the first quarter, through Q2 and into Q3 if we don't get any crowds back. If we get crowds back at a sensible number, that pressure comes off pretty quickly."

"Racecourses like other sports have been very creative," he said. "They've said to their season ticket holders and their hospitality holders, 'Please will you leave your money with us and roll over your activity to next year'.

"The racecourses have done a brilliant job on that. But of course that helps them now, but it's not going to help them next summer when unfortunately they won’t receive any money for that hospitality, they've used that to keep themselves going.

"So they're struggling. We know of no racecourses that are going to close in the immediate future but if we don’t have spectators back in a meaningful way in 2021, we are at strong risk of losing racecourses." 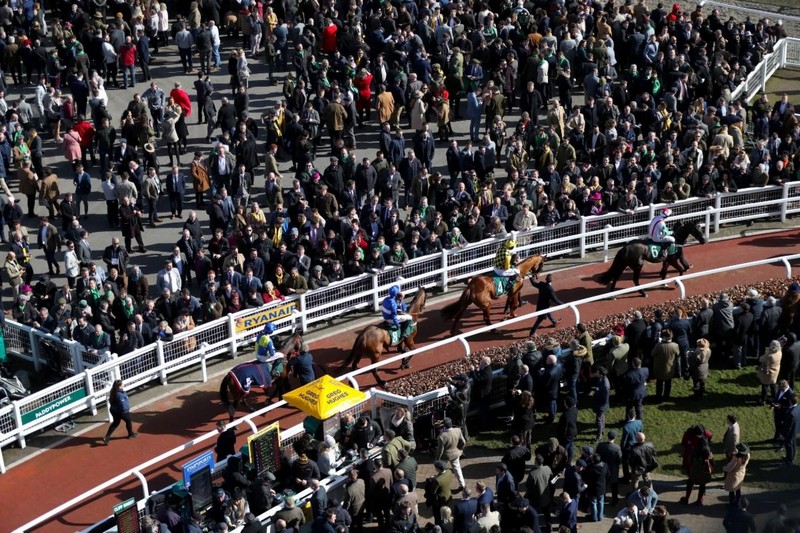