Unbeaten in five starts last season, Courier Wonder has had his colours lowered twice this campaign but Moreira retains complete faith in the son of Sacred Falls, who ran about under when challenged late when fifth to Lucky Patch in the G2 BOCHK Private Banking Jockey Club Sprint (1200m) on 21 November.

Speaking after Courier Wonder breezed into second place in a 1200m trial to The Golden Scenery at Sha Tin this morning (3 December), Moreira believes Hong Kong’s Most Improved Horse last season is now better prepared to cope with extreme pressure.

“Last time, he wasn’t straight-forward. He had never had that experience (of being pressured) before and he didn’t cope with it very well, but we also learnt more about the horse and we’re very confident he can deliver what he has,” Moreira said.

“He seems normal, he’s not a complicated horse. But he caught us off-guard the other day when he snaked around and he didn’t know what to do, but I don’t really think he’s going to do it again.

“He’s a very professional horse and no doubt I am looking forward to riding him because I have high hopes about him.” 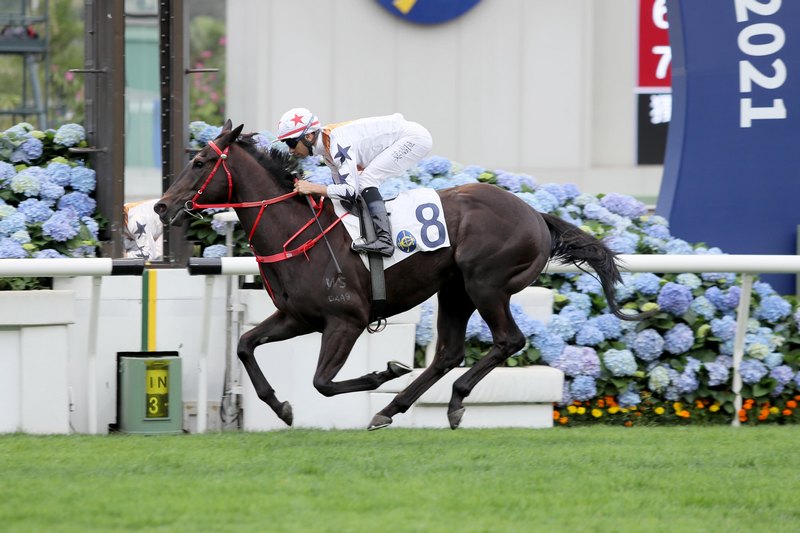 Courier Wonder showed trademark speed in this morning’s workout before Moreira allowed the four-year-old to idle to the line as Tony Cruz’s The Golden Scenery closed impressively while clocking 1m 09.82s for the six-furlong journey.

With trebles at the past two meetings, Moreira has boosted his seasonal tally to 36, eight behind Zac Purton (44), and hopes another John Size-trained runner – unbeaten Pins Prince – can continue the trend in the Class 4 Onyx Handicap (1400m) at Sha Tin this Sunday (5 December).

“He had shown to us that he had quality in his trials before his first race (13 November) and he has gone out and done it (won) in a way that we expected. It was very nice to get a win out of him first-up,” the Brazilian said.

“He’s feels like a horse that has got a lot of upside. He’s obviously not fully developed yet but there’s nothing like time to help horses gain experience. He’s a horse that can look around a little bit but race experience will help him with that.

“So far, he’s done everything right and hopefully he can go on the same way.”

“Hopefully he can progress from his last start. He’s not the strongest-built horse so the weight rise (124lb to 133lb) is of some concern but you’ve just got to deal with it and hopefully he can handle it,” Purton said.

Casting further ahead to Happy Valley next Wednesday (8 December), Purton is excited about mounting a title defence at the LONGINES International Jockeys’ Championship.

“It’s always great to have these riders here and have this competition. It’s a shame that with COVID we can’t have more supporters on track but it’s still going to be a great event and hopefully I can draw some nice horses and give myself a chance again,” the reigning IJC champion said.

Winner of six races over the distance and surface, Will Power has been off the scene since having bone chips removed from his nearside knee in June, but twice trialled encouragingly last month.

“He’s had some surgery on his knee and thankfully it’s been very successful. He’s had two trials since and both have been reasonably good to the eye,” Whyte said.

“He’s come back in good order. He’s put on a substantial amount of weight, which we have had to work off him. I would say the break has done him the world of good.

“It is his first run back so he’s going to be a bit ring rusty. I’m crossing my fingers that he gets back to his racing ways when he’s really done well.  He’s as honest as the day is long and he seems to thrive on dirt.”

Will Power will be ridden by Jerry Chau, who also takes the reins on Richard Gibson-trained Cordyceps Six in the Class 3 Opal Handicap (1000m).

“He has improved a lot, I think he’s a very good horse. I believe after the last race that he has improved again. He’s a very smart horse. Early in his career, we thought he was a leader, but we think now he likes following horses,” Chau said.

“A good gate (barrier 14) will help him this weekend. Super Fortune is a good horse and hopefully we can follow him.”

Chad Schofield will bow out of Hong Kong racing before he and his wife Hannah return to Australia for the birth of the couple’s first child when he partners The Multiplier for David Hayes in Class 4 Onyx Handicap (1400m).

“It’s a very hard decision to leave Hong Kong because I came here as a very young apprentice and have had some great times, so it’s sad to leave,” Schofield said.

“Riding here has definitely improved me and there are a lot of good memories. It’s been very enjoyable. I’ve loved being here and it will be a shock to the system to leave.”

Racing commences on Sunday with the Class 4 Amber Handicap (1800m, dirt) at 1pm.