There were three leaders in the longest race in Australia, the $304,000, Haymes Paint Jericho Cup (4600m) at Warrnambool on Sunday, with the one that mattered being Symon Wilde’s Count Zero (NZ) under Luke Williams.

First it was Dambulla and Lee Horner and secondly Jukila (NZ) and Thomas Sadler who led the capacity 14 strong field up and down the undulations of Warrnambool usually covered by the jumpers.

The third leader Count Zero and Williams took over with 800m to run and the field were in trouble from that point. With 400m to run Count Zero was 3L in front and 4L at the 200. Behind Dambulla tried valiantly with Wil John and Shane Jackson close behind, the rest were history.

At the line Count Zero and Williams had 4 1/2L on a brave Dambulla (Fastnet Rock) and Horner with 1L to Wil John (Reset) and Jackson. Alienated came in fourth, 21 1/2L from the winner. 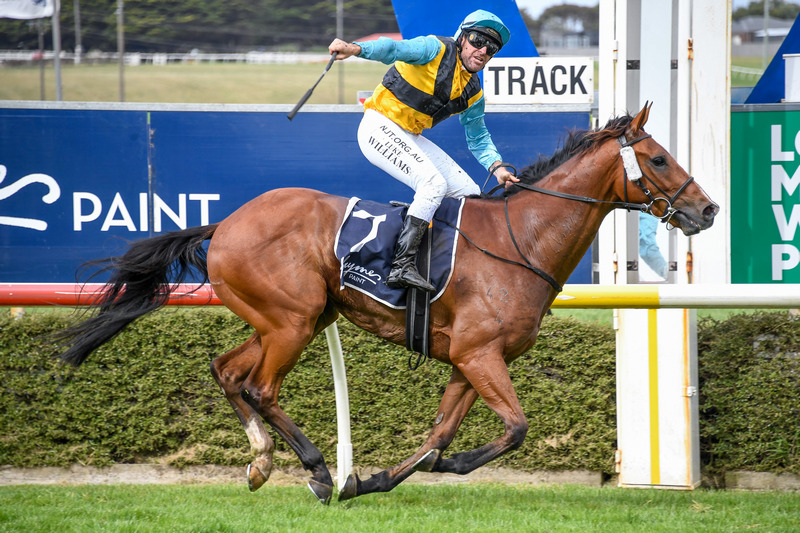 “In this race’s short history it has been a bit of an aim of ours after we were fortunate to win the Grand Annual. I love the concept. I think it is a fantastic race. It has got real meaning to it. It is not a pop-up race or money grab like some of the other ones are. It has got real depth an meaning and a real honour to win the race," said Wilde.

“A Kiwi-bred Zed, he is a tough as nails. Last run I thought the signs were there that he has settled a lot better this year than he did in previous years. (I thought) he’d be ready for this trip. Congratulations to both our boys, Ronan and Luke, they are local jockeys and I want to thank the team at home. They have done a wonderful job.

“His last two runs, they are what turned us. His first two runs this campaign were pretty ordinary. The last two gave us some confidence to run in this race. When he pulled up so well, he is tough, he is a good eater, he is the right horse to back-up. The rest is history.

“It is right up there. In its short history, I love everything about it. To Bill Gibbons, I think he has created a fantastic raceday - probably one of the biggest racedays on the country circuit in years to come,” he said.

“It is a real thrill. I am pretty sure that is the biggest race I have ever won. Thank you Lord, thank you Simon for having the faith to put me on," said Williams.

“Big shout out to my family at home who backed me all the way. Absolutely awesome.

“I watched his replays and I went into the race pretty confident. I walked the track this morning and I knew there were a couple of spots where I could seriously make ground without doing anything. You had to get to them, of course, which I did up the hill the second time.

“Coming down to make the final turn they tried to drive me down to the inside but I thought ‘no, piss off!’. I stayed out there for a bit longer and got the job done.”

“It makes me want to get a bit more dedicated and lose some weight and try and win another big one,” said the veteran 30 year rider.

Count Zero, a six-year-old Zed gelding out of the Volksraad mare My Duchess, last saluted the judge in December 2019 when winning over 2520m at Cranbourne. Sunday’s stake of $150,000 more than doubled his previous earnings of $99,910.