Godolphin galloper Coruscate has given champion jockey Damien Oliver an easy ride in taking out the $140,000 Listed Testa Rossa Stakes at Caulfield on Saturday.

Oliver allowed Coruscate to track the leader Runson in the 1200m sprint which was run at a leisurely tempo but the jockey was content the six-year-old Exceed And Excel gelding had the race in his keeping a long way from home.

After the scratching of Brooklyn Hustle and Alfa Oro, who both ran at The Valley on Friday night, Coruscate was sent out a $3.70 chance in defeating Runson ($5.50) by 2-¼ lengths with the $2.90 favourite Order Of Command in third place.

Oliver was concerned he may have been left in front a little early aboard Coruscate who was having his first run since June.

But Oliver commented the gelding had been well prepared for Saturday’s 1200m sprint by James Cummings having two trials under the belt in Sydney.

Godolphin Melbourne representative Sean Keogh said it was great to see Coruscate back with an impressive first-up win.

“He came down last preparation and won first-up at Bendigo and we sent him back up to Sydney and he won.

“He does have talent so it’s good to see him have that break out win at Listed level.

“It was a nice win by him and I’m sure James will place him accordingly from here on in.”

Coruscate is from the More Than Ready (USA) mare Dazzler and has won seven of his 21 starts for Godolphin and more than $450,000 in prize money. 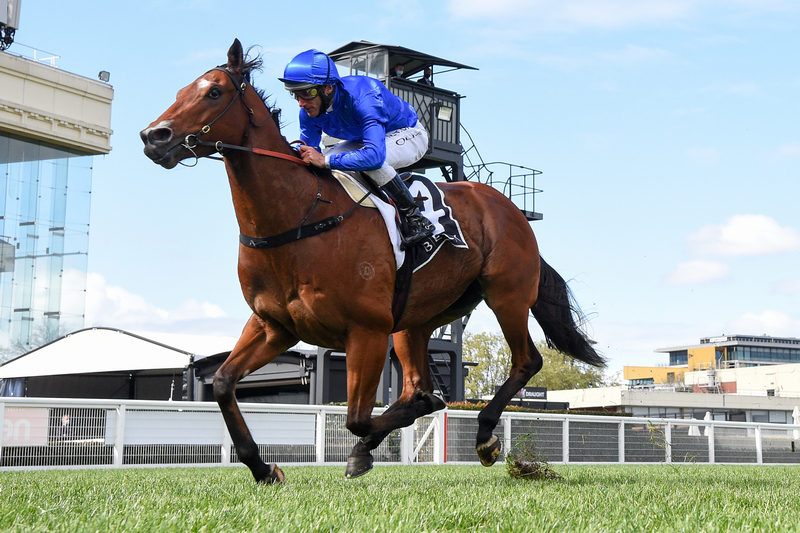