Godolphin’s Coruscate brought his Victorian form to Randwick and took the $100,000, At Sea Handicap (1100m) giving jockey Kerrin McEvoy a double for the programme after an earlier win on Peltzer.

The small field of five was led out by In Good Time and Rachel King with McEvoy tagging on their back and waiting for the serious part of the sprint in the main straight. When it came Coruscate (55.5kg) went to the lead at the 200m and then McEvoy instructed a kick at the 100m and they had 2L on the chasers.

The margin was more than sufficient to hold the rest at bay with 3/4L to Invictus Prince (GB) (Dansili) (56.5kg) and Hugh Bowman coming down the rails to pass the $1.70 favourite Southern Lad (Ocean Park) (55kg) and James McDonald for second, the margin a long head.

“He came off a soft track on Melbourne and he only arrived here on Thursday so Reg (Fleming) and the boys in Melbourne have done a great job with him,” said Darren Beadman for the stable.

“He has got his form back on track and his only real blemish was his first up run here. He was in a bit of an awkward spot that day, but since he has been in Melbourne he has got is mojo back and it was tidy effort today,” he said.

“He has come up in good form and he enjoyed the conditions. Darren said to help him through but he travelled strongly the whole way. He did it nicely and he kicked away once we turned for home. Pedal to the metal at the furlong (200m) and they could not catch him,” said McEvoy.

Coruscate is a full-brother to Group 1 winner Bivouac being a five-year-old gelding by Exceed And Excel out of the More Than Ready mare Dazzler. Since March he has recorded a win at Bendigo, a third in the listed Be Esprit Stakes over 1100m at Caulfield and a second at the same track over 1100m with 56kg under Craig Williams.

The win was his sixth from 19 starts and with eight placings earnings are now $363,350. 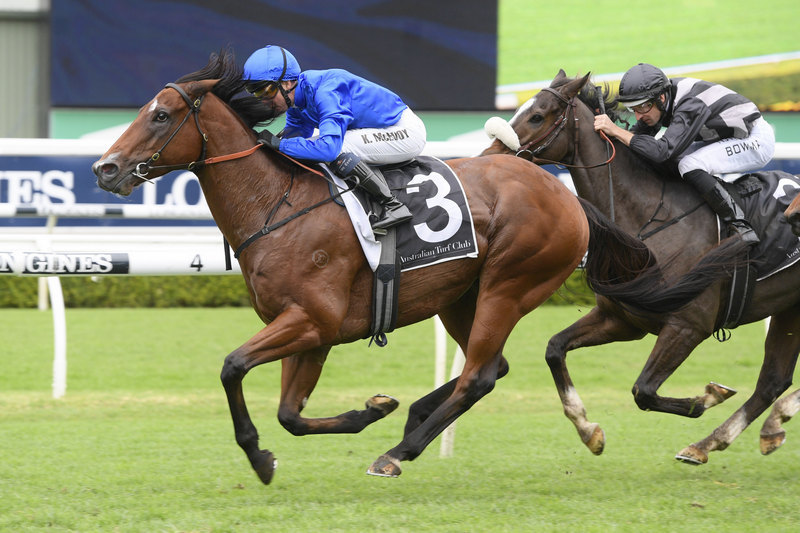