This year the winner of the $140,000, listed Roderick Insurance Brokers Geelong Classic (2200m) at Geelong will not go forward on the traditional path to the Group 1 Victoria Derby (2500m) at Flemington on the 31st with Confrontational being saved for the autumn.

The Jason Warren and Dean Krongold trained Redoute’s Choice colt under Noel Callow was much too good for the field on Wednesday, but Krongold said after the race that the plan had been to spell Confrontational in preparation for an autumn campaign.

The field were led around the circuit back to the main straight by the $2.50 favourite Ultimate Legend and Damian Lane while Callow was content to sit back and be patient with Confrontational. As the field swung for the run home the leader was under pressure and from the widest slot on the turn Callow let Confrontational down into the race. From that point they showed a superior turn of foot that had the field covered 200m from the line.

The winning margin of 1L was more than sufficient to parcel the important black type race up for Confrontational with the minor places settled by Azaly (Dundeel) and Jamie Mott and Vilanculos (Crowded House) and Jamie Kah in third, the margin a short half-head. 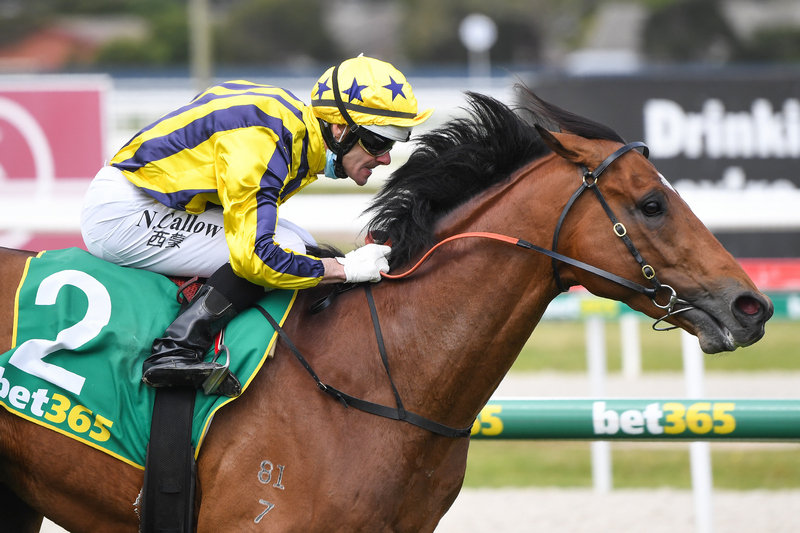 “Early doors he did a lot wrong in his earlier starts but we have done a lot of work with him at home and Noel has been terrific on this horse teaching him to settle," said Krongold.

“Stepping up to the 2200 metres, he has relished it and really found the line well. It looks like he i in for a bright future.

“The plan was to see him through today and put him away for the autumn but we will have to sit down and maybe rethink, but he is going to be a terrific autumn three-year-old. We will get him home and assess from there,” he said.

Callow was asked if Confrontational should be going forward for the Derby.

“No, he is just a progressive horse. If he did like he did today, Jason was thinking that they would bring him back for the autumn. He had a beautiful run in the race. He was a bit aggressive in the first 300 metres but when he got it back he relaxed,” said Callow.

Confrontational, out of the Encosta de Lago mare Zastava, was winning for the second time after winning his maiden at Swan Hill over 1600m on September 29th. He came into Geelong off a third over 1600m at Caulfield on October 14th. 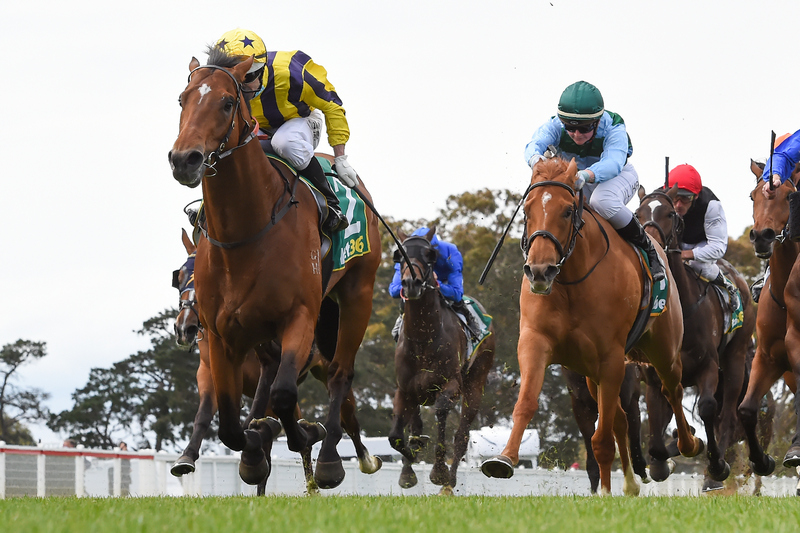