The Australian Turf Club’s meeting on the Kensington track at Randwick on Saturday received 104 acceptances for the nine race programme including a competitive field of nine for the $125,000, Quincy Seltzer Bm94 Handicap (1800m), Race 5 at 2.00pm.

Acceptances include the first three home in the Benchmark 88 over 1800m on the Course Proper on July 4th, High Opinion, Matowi (NZ) and Toryjoy.

The Kris Lees trained High Opinion, a rising nine-year-old, carried 55.5kg under Jason Collett to hold out Matowi, with 58kg, by a 1/4L with Toryjoy third with 57kg under Kathy O’Hara after leading and being run down over the final sectional.

On Saturday they step out again to resume battle evened up with High Opinion carrying 55kg under Collett with barrier one, Matowi 55.5kg under Brenton Avdulla and barrier four and Toryjoy back to 54kg under Kathy O’Hara and barrier six.

The Waller trained Herengawe (NZ) is the top weight with 60kg under Nash Rawiller and barrier two after Frankely Awesome receives apprentice Louise Day’s allowance bring the mare’s weight back to 58kg with barrier eight.

Frankel mare Frankely Awesome returned to winning form in the listed WJ McKell Cup over 2000m at Rosehill on June 27th with 54kg. Herengawe was fifth with 54kg.

Anthony Cummings has accepted with Agassi to step out and serve up again after two wins in succession, the last at the July 4th meeting in the Benchmark 78 over 1600 with 58kg under Tommy Berry. The four-year-old Pierro gelding has now won four and placed in eight from 23 starts.

The track is rated a Heavy 9 after 11mm of rain in the last 24 hours and 45.7mm in the last seven days. The rail will be in the True position for the entire circuit.

Sydney’s weather improves after the rain earlier in the week with showers possible and up to 2mm each day for Thursday and Friday with 17c and fine weather on Saturday with 9c to 18c. 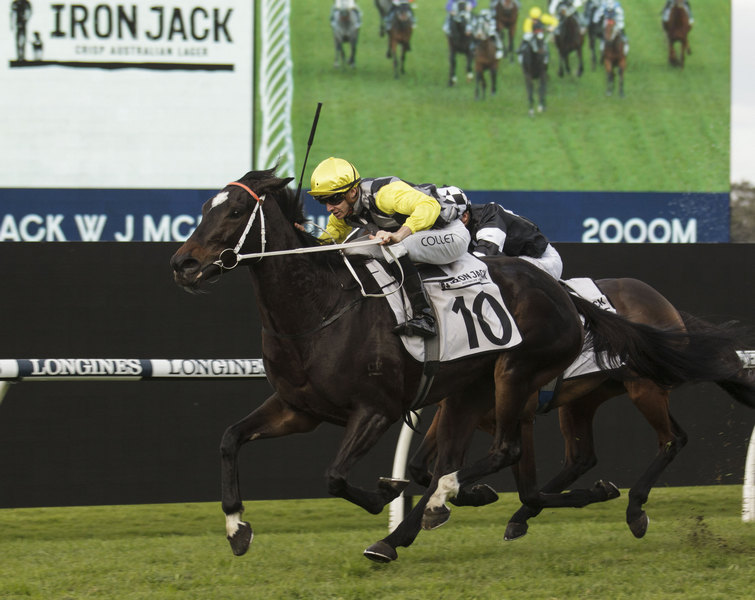