Jamie Kah has missed the opportunity of riding her mother’s horse Mimosas to a debut victory at Flemington. Saturday’s victory in the Celebrating 20 years of the ARHOF Handicap (1000m) also provided Kah’s fiancee Clayton Douglas, who last week rode Gold Medals to victory in the Grand Annual Steeplechase, with his first metropolitan winner as a trainer. 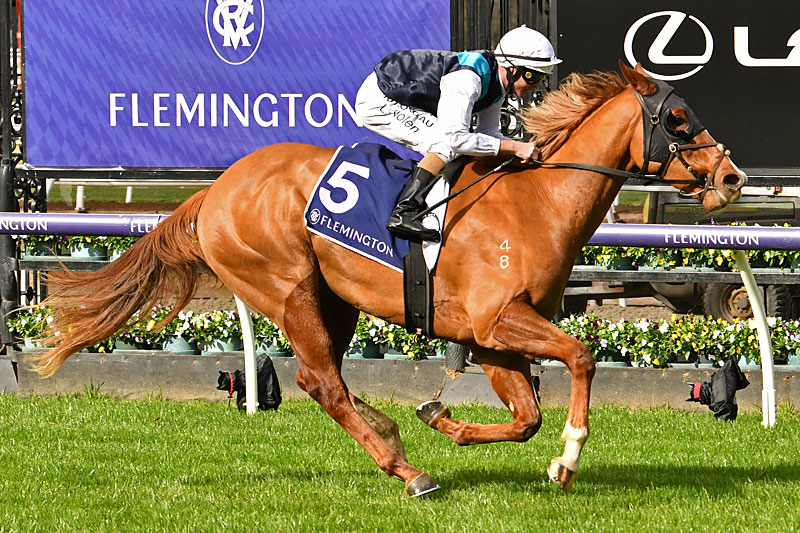 Kah was in Adelaide on Saturday for The Goodwood meeting at Morphettville and had ridden Douglas’ six previous winners, including his first double at Mornington on Tuesday.

Douglas said Kah’s mother was instrumental in Mimosa joining the stable after the gelding had been picked out by his uncle Rod Douglas.

“Karen, Jamie’s mum, said to us ‘let’s go down to Tassie and try and buy a horse,” Douglas said. “My uncle ‘Rocket’ actually picked him out. It’s been a good family story.

“We’ve had him a long time now and he’s had a heap of preparations. He’s shown us nice ability at home but he’s a lazy sort of horse and that’s why the blinkers went on today. It’s good to see him do what he did.”

Douglas said he was aiming Mimosas for the early two-year-old races late last year but noted the youngster had benefitted from being ‘in and out of work’.

Douglas added that Saturday’s victory was just his second two-year-old runner, while he will not have another starter for the week.

“We’ll have a quiet week next week; maybe a couple of sleep-ins,” Douglas said.

“We’ve got a nice bunch of horses. The main thing is there’s no viruses through the stable.

“We’re looking after them and they’re nice and healthy and all very sound.” 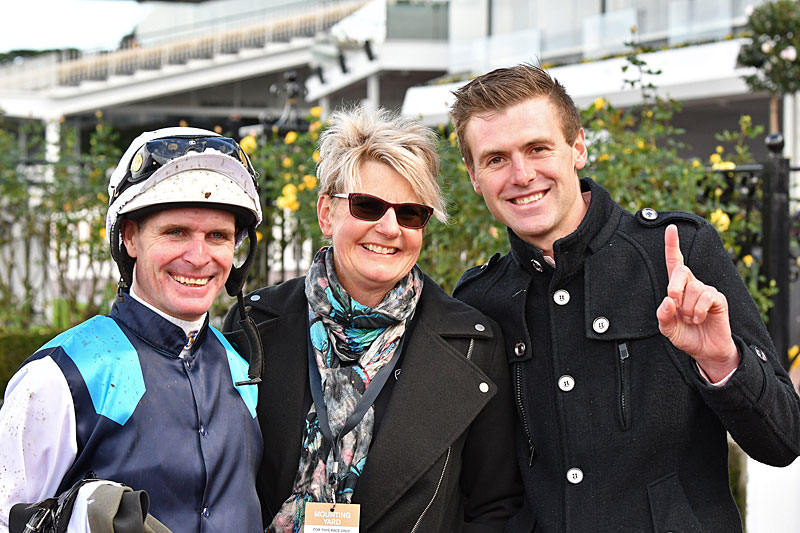