The Les Bridge trained Classique Legend and Kerrin McEvoy won the $500,000, Group 2 Bowermans Commercial Furniture Shorts (1100m) at Randwick on Saturday in a display of outstanding sprinting with the win all but improbable 250m out.

The sharp end of the quality sprint was over the final 250m with a wall across the track. Dirty Work and Tommy Berry were inside, then Eduardo and Nash Rawiller with Bivouac and Hugh Bowman outside. Splintex and Robbie Dolan were just behind Eduardo after leading off the 300m and Standout and James McDonald were wide and chasing.

This was serious hard sprinting, Classique Legend and McEvoy were behind and after following Bivouac they had no where to go. First McEvoy eased off the heels of Bivouac, but then there was Standout to come around. While they were negotiating this passage the wall up front were not stopping in any way.

Finally with 225m to run McEvoy had Classique Legend (57kg) out in clear room, but they had at least a length to make up to even reach the leaders. Then the grey lengthened, sprinted hard and not only caught them with 50m to run, but then went away to win with a 1L margin.

Behind the placings were decided with Eduardo (Host) (57kg) and Rawiller second, Bivouac (Exceed And Excel) (58kg) and Bowman third, the margin a head, Dirty Work (55kg) fourth, Standout (57kg) fifth and Splintex (57kg) sixth, all within 2L of the winner. 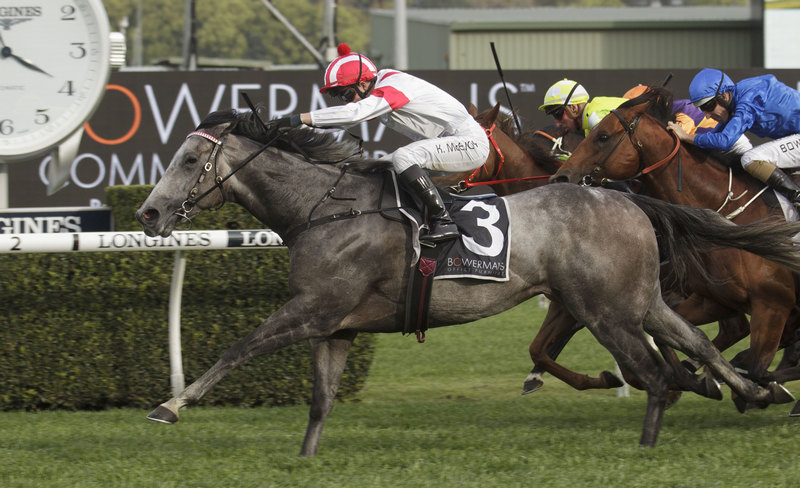 “I haven’t been (to the track) for four months. It took something to bring me back,” said Bridge.

“He is the best horse I have ever trained. Could not do much better than that could he?. Some have got four cylinder motors, he has got a V8. I honestly thought he was a bit underdone today,” he said

“It is a real pleasure to be a part of his career and he is only just getting going. As Les said it did not surprise us he was able to put forward a run like that, but it did not all go to plan,” said McEvEvoy.

“We were back in the ruck and lost my position a little bit around the corner.

“I just had to bide my time and full credit to the horse, once I got clear air he powered that last furlong. I have been lucky enough to ride Redzel and some other great sprinters in my career and you would have to say he is right up there with those.

“Just got a great disposition, mentally he is a joy to be around, he switches on for game day and that is what he showed there, he just went into beast mode when I need him to. Les and Carmel hatched a plan to keep him in after that mid-Winter run and I think it has just been a blessing.

“He is happier in the stables, horses are all about routines and he is as happy as Larry. He had a nice base of fitness coming into the race today and we were all quietly confident he could put up a stellar performance and that’s what he’s done. All systems go for the Everest. I would not swap him for anyone,” he said.

Classique Legend is a five-year-old Not A Single Doubt gelding out of the Encosta de Lago mare Pinocchio and under normal circumstances he would be racing in Hong Kong by now for owner Bon Ho. However, these are not normal times with the Covid pandemic and Classique Legend remains for the time being at least with Bridge’s Randwick stables.

This was his fifth win from just ten starts and with three placings he has earned stakes of $1,792,500. He will now take his owners’ slot in the TAB Everest (1200m) at Randwick on October 17th, a race he finished eighth in last year. 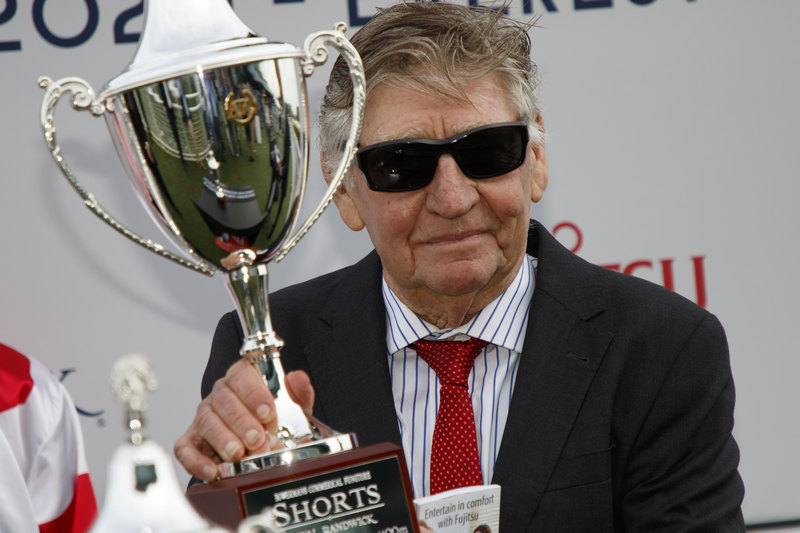 Hugh Bowman (Bivouac): “He was a bit fresh mid-race but it was a great return.”

Glen Boss (Catalyst): “Well below expectations. Travelled well. When I let him go he seemed to lose his action in the straight. He got interfered with but was well and truly gone at that point.”

Glyn Schofield (Ball Of Muscle): “He was his natural speedy self early. Failed to finish off.”

Nash Rawiller (Eduardo): “A really excellent run. I let Splintex go early. Just as I was able to get one off a couple kicked up inside me. He ended up having a three wide trip. Relaxed well. The way he toughed it out he gives every indication a strong run 1200m will suit him.”

Josh Parr (Splintex): “I’d say it is his career best effort without winning. Taking on top class sprinters and holding his own.”

James McDonald (Standout): “Really happy with him. Just lacking the match fitness. He will come on immensely.”

Jason Collett (Tactical Advantage): “Good run. There is improvement there.”

Tommy Berry (Dirty Work): “He was good. He got held up a little bit but it probably suited him. He has a short turn of foot. I was happy with him.”

Sam Clipperton (Irish Songs): “Great run. He was very fresh today. He will take improvement from the run. He wasn’t beaten far from the best sprinters in the country.”