Tulloch Lodge co-trainer Adrian Bott has classic ambitions for Silent Impact, who has taken his record to three wins from four starts with an impressive return in the $130,000, Petaluma Bm72 Handicap (1100m) at Randwick on Saturday.

A son of 2004 VRC Oaks winner Hollow Bullet, Silent Impact has been earmarked for the three-year-old triple crown of the Randwick and Rosehill Guineas and the ATC Australian Derby, so Bott was buoyed to see him score fresh over the 1100 metres of Saturday's Petaluma Handicap.

"He's a horse that we'd like to target towards a Derby this campaign," Bott said.

"He's got that ability to stay, he's got some great stamina behind him as well and that's exciting for him going forward.

"The speed early today meant he settled further back than we anticipated. I did have a few worrying moments, but his class showed through late." 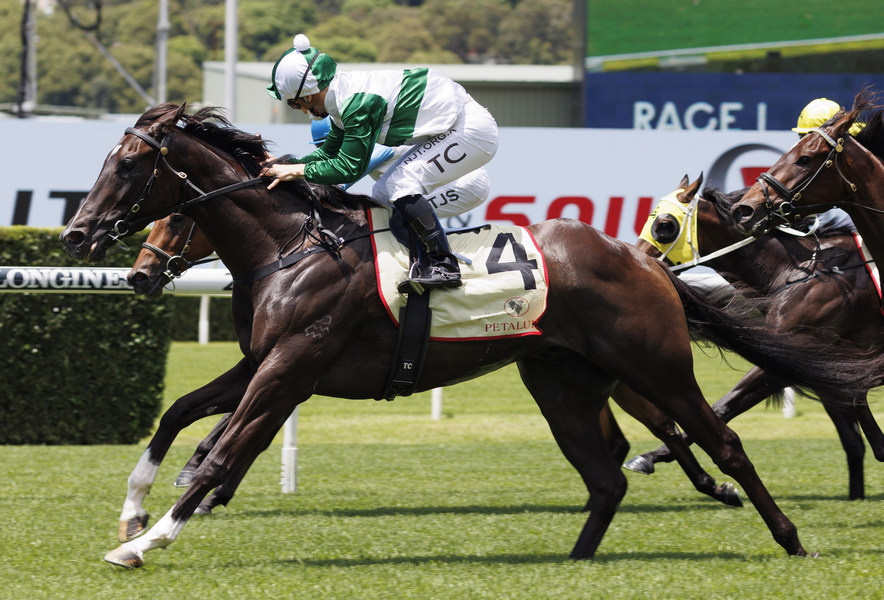 The speedy Capital Reign set a solid tempo in the lead and jockey Tim Clark snagged Silent Impact back worse than midfield before hooking him to the outside to make his run.

Silent Impact ($2.50 fav) surged down the centre of the track to chase down Capital Reign  ($7), scoring by a half-length with Spellcatcher ($8.50) a fast-finishing third after having to change course to avoid the wayward Moridan.

"When he had a bit to do straightening up, I thought we might have had too much to do, just knowing he might not be sharp enough for them," Bott said.

"But he was very good.

"He is still very new, a bit raw, so we're just going through and trying to give him as much exposure and experience as he can get.

"Even that horse (Moridan), when it wandered around across his path there, it looked like he had a good stargaze and a good look around. It was good to see him knuckle down late."