Co-trainer Adrian Bott confirmed on Monday morning that Tim Clark will ride 2020 Group 1 Golden Slipper winner Farnan in the $15m, TAB The Everest (1200m) at Randwick on October 17th after the colt secured a slot in the race.

With the three-year-old to carry 53kg in race Bott said that Hugh Bowman would not have been able to make the weight and that a rider change was always necessary with the suspension by Racing NSW of Bowman after his ride on Farnan in the Group 2 The Run To The Rose not a factor in the rider change.

The stewards’ suspended Bowman for 20 weeks, currently under appeal by Bowman, after they considered that he rode Farnan too quickly through the early sectionals in the race with the colt fading from the 200m to finish fifth, 3 3/4L behind the winner Rothfire.

Bott said that with the change of programme for Farnan after the Everest slot announcement he and co-trainer Gai Waterhouse were working on a revised path for the colt with a gallop on Tuesday morning likely to assist in their planning.

Two possible options Bott raised to ensure Farnan arrived at The Everest for to ready to compete with the older runners were starts in either the $500,000, Group 2 WFA Premiere Stakes (1200m) at Randwick on the Epsom Handicap programme on October 3rd or the $300,000, Group 2 Roman Consul Stakes (1200m) against his own age group at Randwick on the Spring Champion Stakes programme, October 10th.

Bott also confirmed that Group 1 winning mare Con Te Partiro (USA) has been retired and will not head to the USA and the Keeneland Breeding Stock Sale from November 8th to 18th.

The seven-year-old Scat Daddy mare was due to head to the Breeders’ Cup at Keeneland and then to the sale, however, Bott said that after ‘niggling issues’ the decision was made to retire the mare immediately.

Con Te Partiro won six of her 25 starts racing in the USA, UK and Australia. In the autumn she won the Group 1 Coolmore Classic over 1500m at Rosehill and the Group 1 Queens Of The Turf over 1600m at Randwick. 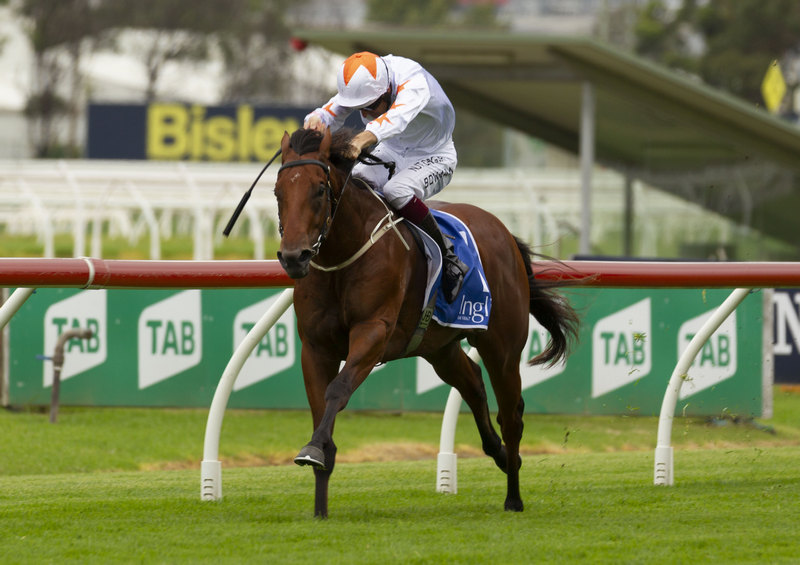 Farnan heading to the TAB Everest with Tim Clark to ride, picture Sportpix.com.au