The final leg of the Korean Stayers’ Series will take place on Sunday, with a field of ten to tackle the 1800m in the Busan Mayor’s Cup.

Connections of Cheongdam Dokki are looking to clean sweep the series with the chestnut, just as they did in 2018 with the now six-year-old.
Cheongdam Dokki won the Herald Business Cup in Seoul upon resuming late June, when taking up the lead shortly after the start and waltzing away for a four length victory defeating Tiz Plan (2nd) and Shamrocker (3rd).

Four weeks later it would be the same trifecta in the YTN Cup over 2000m, once again in Seoul.

Whilst there was speculation as to whether Cheongdam Dokki could reproduce his first-up effort in the YTN Cup, any doubts were quashed at the top of the straight when the chestnut railed like a greyhound going on to win by an even bigger margin.

At set weights it looks hard to see any of the horses he has previously beaten turning the tables on the galloper.

The one difference with Sunday’s feature is Cheongdam Dokki has made the trip to Busan for the race, with the first two legs staged at his home track of Seoul.

The To Honor And Serve gelding has traveled to Busan twice in his twenty-nine start career, winning the Busan Mayor’s Cup in 2018 and placing ninth in the event last year. 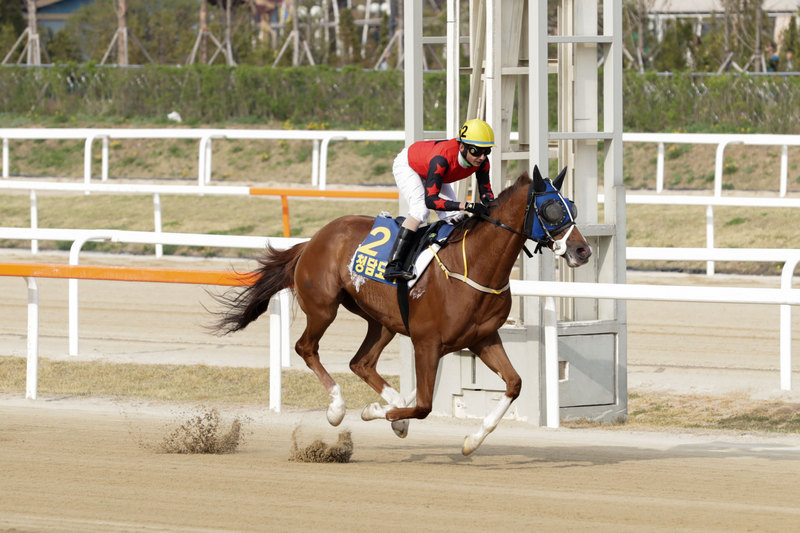 Tiz Plan, Shamrocker, Buhwarui Banseok and Flying Munning all look to have a herculean task in overturning the result from the first two legs of the series.

Five runners enter the race without lining up in the YTN Cup, including Baengmunbaekdap who has proved himself in listed company previously, winning the Kookje Shinmun Cup over 1400m late last year.

The five-year-old has resumed in great order after an unsuccessful campaign in Dubai earlier this year.

The Tapizar gelding placed second when resuming before winning second-up over the mile when lumping 59kg in a Class One event.

The Kim Young-kwan trained galloper has proved himself over a journey on numerous occasions, winning Class One events over the 2000m and 2200m previously.

He is yet to prove himself at the highest level in Korea, finishing seventh in both the KRA Cup Classic (2000m) and Korea Cup (1800m) last year.
His record at Busan is impeccable with all eight of his career wins being based on his home track.

Great King will line up for his second run this campaign after disappointing in the Herald Business when beating two home first up.

The six-year-old was also sent to Dubai earlier this year, where he managed to place once from three starts at Meydan.

He has been mighty consistent in Class One grade races but is yet to break though in a Korean black type race.

The remainder of the field is completed by Jumbo Blade, Dongbang Daero and Sillaui Banseok who all looks to be outclassed by their opposition.

The sixteenth running of the Busan Mayor’s Cup will get underway at 4:30pm Korean local time on Sunday afternoon.