A year ago, Cheongdam Dokki added the Herald Business Trophy to the list of races he had usurped Clean Up Joy as holder of on his way to becoming the highest rated horse at Seoul. On Sunday, it’s his turn to defend as he faces seven rivals in this year’s renewal of the Listed 2000M race.

If he fails, it will be a surprise. Cheongdam Dokki rounded out 2018 with a game but ultimately failed attempt to take the big domestic race that still eludes him, when he was 2nd in the Grand Prix Stakes. He was then moved to the stable of Italian trainer Luigi Riccardi and had three months off before returning to action in the Owners’ Cup in March. Dropped back to 1200M, he only managed 5th place as Silver Wolf took the honours but he should make no mistake this time.

The main danger is Moonhak Chief. 6th in last year’s Grand Prix, he has begun his four-year-old campaign in fine style with back-to-back class 1 victories over 2000M, both times beating Shamrocker, who returns for another crack here. He has the potential to be one of the year’s break-out stars but may not be ready to beat Cheongdam Dokki just yet.

As for Shamrocker, now six-years-old, he’s spent his career chasing first Clean Up Joy and then Cheongdam Dokki on his way to racking up nine runner-up finishes. A good solid horse in his own right, he will surely be there or thereabouts in terms of the places on Sunday, although a win is a longshot.

As for the rest, Road Winner is a winner of seven from eleven but while he won back to back class 1 races around the turn of the year, he was well back in the Grand Prix Stakes and is yet to prove himself in true elite company. The nine-year-old Wonder Bolt, Asia Challenge Cup winner back in 2015 also goes around one more time. Though he has lost a yard of pace, he is still capable of running into the minor money.

The Listed Herald Busines Trophy is race 9 on an 11-race card at Seoul Racecourse on Sunday. There is also a 6-race card at Busan. 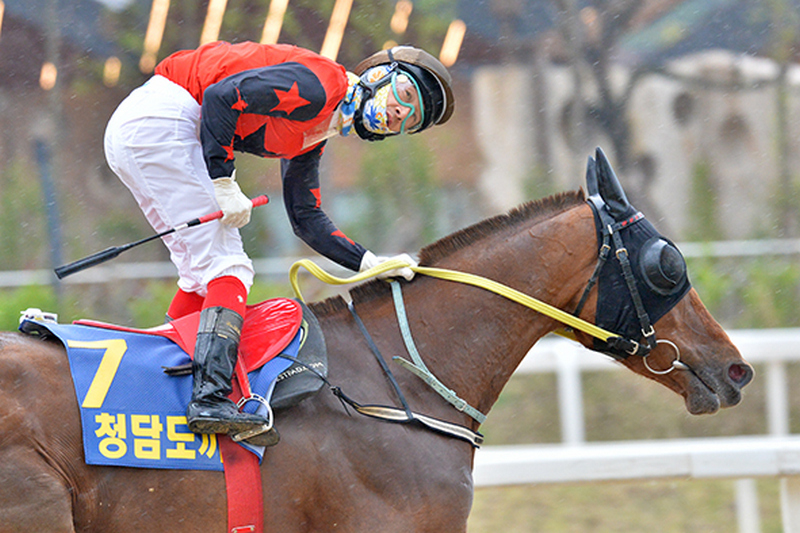