Chat all the talk after July Sprint win

A patient approach is starting to reap rewards with improving sprinter Chat after he further enhanced his first-up record to take out the $130,000, Hyland Race Colours July Sprint (1100m) at Rosehill on Saturday. 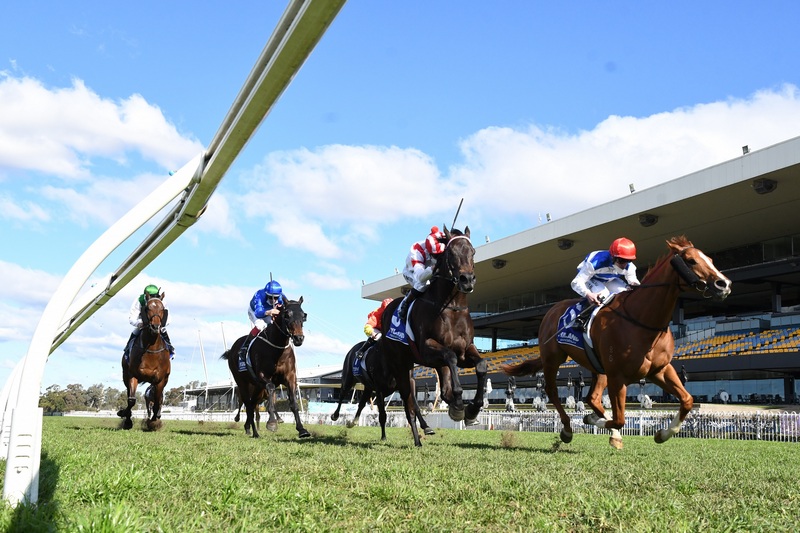 Chat and apprentice Brock Ryan out in the middle overrun All Time Legend and Kerrin McEvoy, picture Stevehart.com.au

Having his first start since finishing fifth to Bandersnatch in the Carrington Stakes in January, Chat ($4.60) settled towards the tail for apprentice Brock Ryan before shouldering into the clear and finishing hard down the centre of the track to score.

Danielle Podlewski, representing winning trainer John Thompson, said the stable might have to reassess their plans after his victory.

“We’ve been taking our time with him. We’ve let him mature fully and it looks like it’s paying off,” Podlewski said.

“We might have to rethink our plans with him; have a look at the program and see where we can go with him.”

Ryan said he had planned to position Chat closer to the speed but when it was more genuine than he had anticipated, he adapted and gave the four-year-old time to find his feet.

“The intention was to be a lot closer in the run but I thought the speed was too hot early, so I came back in and got some cover,” Ryan said.

“I just needed that luck on the corner to push out and he let down really well.

“He probably wasn’t fully tightened up, but he did a good job to run over horses like All Time Legend and there is more improvement to come.”

Chat has developed into a handy horse fresh having now won first-up at his past two preparations.

Money was right! Chat takes out the 4th from Rosehill for @JTRacingRwik

Another win for Brock Ryan 🙌 pic.twitter.com/dc4cgb53pq