Unsuitable race programming has resulted in Grahame Begg needing to run Cardinal Gem at Caulfield ahead of a planned target at Flemington. The Silver Bowl Series Final (1600m) at Flemington on Saturday week has been the 3-year-old’s goal for the campaign after being forced to miss a trip to Brisbane.

As part of the lead up to the Flemington race, Cardinal Gem heads to Caulfield on Saturday to contest the Stephen Howell Memorial Trophy (1400m). 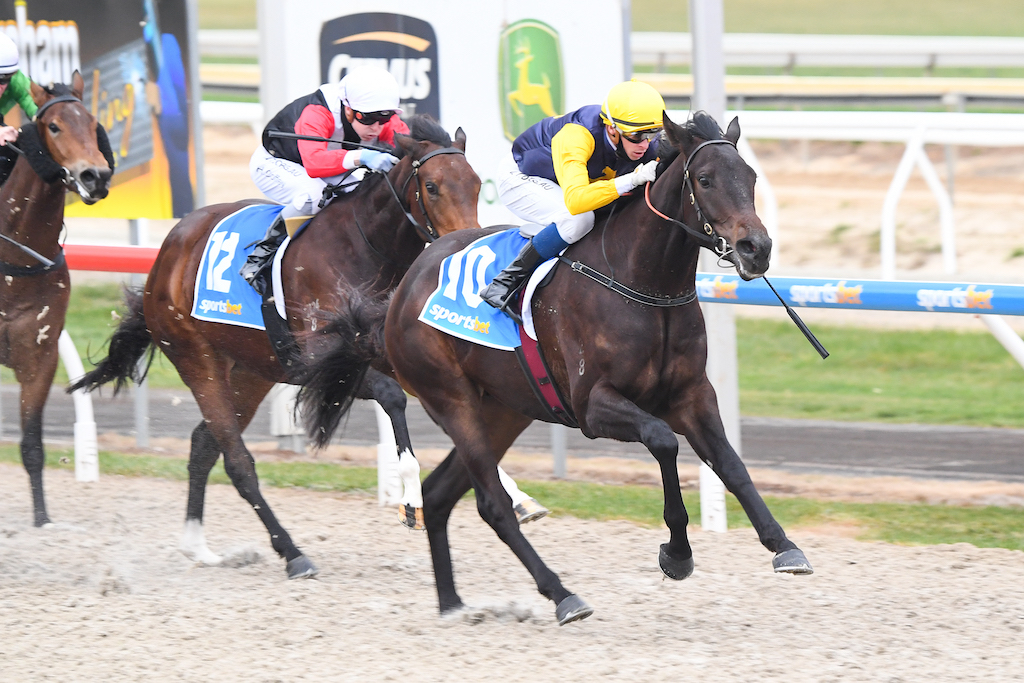 Cardinal Gem last raced at Flemington on June 4, finishing an unlucky fourth over 1400m, but with four weeks between that outing and the Silver Bowl Series Final, Begg said that was too much of a stretch.

“It was going to be too long between runs to go to the mile, so we’ve decided to head to Caulfield on Saturday,” Begg said. “So, it will be three weeks and then there will be the seven-day back-up into Flemington.

“He’ll definitely run in the final, all going well, and we just thought it was a better plan going this way, than going a month between runs.”

While Flemington has been programmed to race every second week over recent months, Begg said the way the races fell did not really suit his charge. He claimed previously Flemington used to race on the Saturday of the long weekend, but in the past couple of years Sandown has held those meetings.

“The way the program was, the races didn’t fit properly,” Begg said. “And the funny part is there was a three-year-old fillies race over a mile at Sandown the other Wednesday, but not one for the colts and geldings.”

Begg doesn’t see the prospects of Cardinal Gem having to back-up being a concern.

“He’s pretty foolproof, so I don’t think it will be a worry backing up,” Begg said. “He just needs a change of luck.”