Peter Moody was disappointed he did not get to take Brigete to the races, so it will be with some satisfaction he presents her daughter Tapin’ Three at Caulfield on Saturday. It will mark another chapter in his history with one of the all-time great Australian racing families, which includes the horse he will forever be associated with.

Brigete is a half-sister to Black Caviar, whom Moody prepared to win all 25 of her starts, and the Pakenham trainer is excited to have been given the chance with the 15-time Group 1 winner’s niece.

“I actually trained her mother for a very brief period before I had my ‘holiday’, but she never got to the races,” Moody said. “She went to Ciaron (Maher) and Dave (Eustace’s) after that but then she had an issue (and did not race). 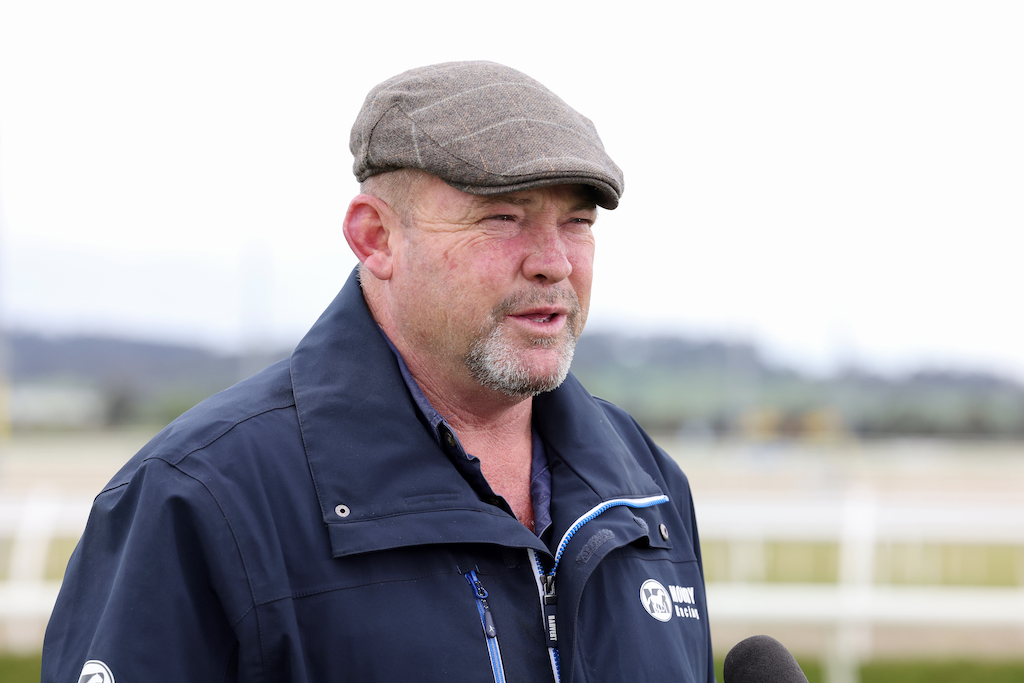 Brigete, who is by Casino Prince, was the last-named foal out of Black Caviar’s dam Helsinge, who died early in 2017.

Helsinge, by Desert Sun out of Scandinavia, had a sensational introduction to the Australian breeding scene, producing Black Caviar (Bel Esprit) as a first foal and Caulfield Guineas winner All Too Hard (Casino Prince) as foal number three.

Her fifth foal was a colt by Redoute’s Choice known as ‘Jimmy’ who sold for $5 million as a yearling but did not race, while she is also the dam of Naturale, the mother of Golden Rose and Caulfield Guineas winner Ole Kirk (Written Tycoon) and Gimmie Par (Not A Single Doubt), who Moody trained to win last year’s G3 Quezette Stakes.

Moody also has experience with products of his most famous horse, having Invincible Caviar and I Am Caviar in the stable, and while confident in Tapin’ Three’s ability thanks to a couple of recent Pakenham jumpout wins, he is not setting any goals until he sees what she produces on raceday.

“She seems a nice-quality filly and it wouldn’t surprise to me to see her in better races, but seeing is believing and we haven’t seen it yet,” Moody said.

Tapin’ Three, who was bred by Gilgai Farm’s Rick Jamieson, is one of two fillies Moody has in the $130,000 Take It To The Neds Level Handicap (1100m), also to be represented by Cotel, a daughter of Charge Forward and Cotillard who has a contrasting racing style to Tapin’ Three.

“Cotel’s going to sit on the speed from a good draw and Tapin’ Three is going to go back from a bad draw, so how the track plays will be important,” Moody said. “If Cotel walks in front and sprints off the bend she is (the better chance), if they go hard up front Tapin’ Three is.

“Tapin’ Three is the better filly but Cotel might get the better run.”

Tapin’ Three, who has drawn barrier 12, will be partnered by Black Caviar’s former regular rider Luke Nolen, while Linda Meech will occupy the seat above Cotel (barrier three).