The Mathew Ellerton and Simon Zahra stable will attempt to add a new string to the bow of straight track specialist Prezado with an expected run in the reprogrammed Listed Carlyon Stakes (1000m) at The Valley on Saturday.

Prezado is the winner of six races from 29 starts and just over $535,000 in prize money, with five of those victories coming on his home track at Flemington.

The sprinter’s only ‘away’ victory was at Pakenham which has only one turn to negotiate.

Zahra said Prezado had a trial at Flemington on Friday, around a turn, adding it was possibly the best the sprinter has trialled in the lead up to his racing return.

“He went around the corner quite well for him which is something that we’ve got to try and teach him,” Zahra said.

“We can’t just keep him to (racing) down the (Flemington) straight.

“If all is well, we might run him at The Valley on Saturday but if he needs another week, he might go up the straight and we’ll look to claim on him.

“We might get a little bit of weight so we’ll see how the week pans out.”

Of Prezado’s last eight starts, six have been down the straight at Flemington, registering three wins, a second and two thirds.

The sprinter had two runs away from Flemington, finishing towards the tail at Mornington and Bendigo.

“Everytime he goes around Caulfield he doesn’t quite get around the corners,” Zahra said.

“We took him to Bendigo and he was average.

“He likes to build momentum so when you see him, he’s just a massive horse and he just struggles for some reason.

“If he’s going well enough, maybe he’s a little fluke at the Lightning in the autumn.

“His straight form is good, his winter form and times suggest that he can be competitive.

“That’s obviously a bit far away but something we’ve got our eye on down the track.”

Zahra said the jump-out victory on Friday may hopefully give Prezado the confidence to give a good account of himself around the sharp circuit at The Valley.

Saturday’s Carylon Stakes, along with the Listed McKenzie Stakes (1200m), have been added to Saturday’s program after they were not held following the wash-out of a meeting at the track in August. 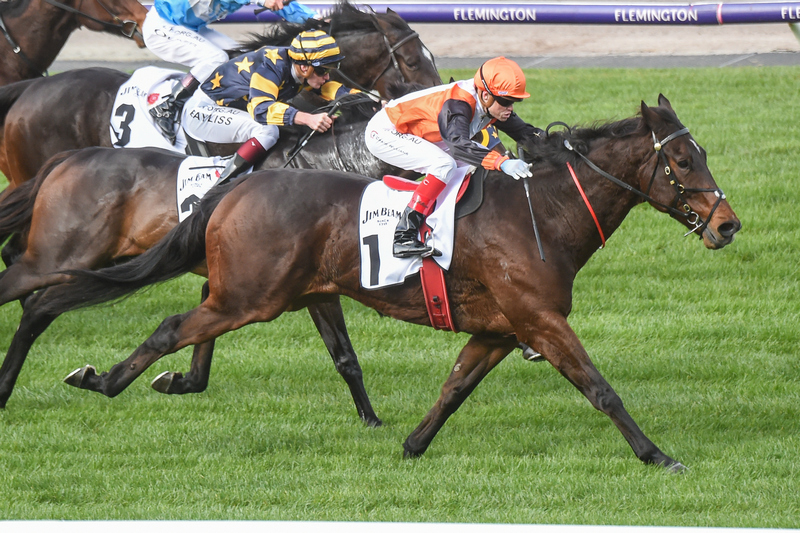