Capacity field for The Gong

The $1m, The Gong (1600m) at Kembla Grange on Saturday has a capacity field of 16, plus three emergencies, with the leaders of TAB’s market drawing in close proximity to each other with $5.00 favourite El Dorado Dreaming in barrier 5, Luvaluva in barrier 6 and Star Of The Seas (NZ) in barrier 7 sharing $6.00, Military Zone in barrier eight and Mister Sea Wolf (IRE) in barrier nine sharing $8.00.

El Dorado Dreaming, a four-year-old Ilovethiscity mare, has 54kg under Kerrin McEvoy and she comes to The Gong off a 1 3/4L third place to Reelem In Ruby in the Group 2 Hot Danish Stakes over 1400m at Rosehill on November 9th.

Sea The Stars, a five-year-old Ocean Park gelding, with 55.5kg under Glen Boss was a 3L third to stablemate Kolding (NZ) in the Group 1 Epsom Handicap over 1600m at Randwick on October 6th. A subsequent trip to Melbourne was not fruitful with a ninth in the Group 1 Cantala Stakes over 1600m at Flemington on Victoria Derby Day, November 2nd.

John Sargent’s Luvaluva was 2 3/4L fifth in the Hot Danish Stakes after a second with 57kg under Tim Clark in the Filante Handicap over 1400m at Randwick on October 26th. On Saturday she carries 53kg under Clark.

Mark Newnham’s Quackerjack, with 52kg under Rachel King, has drawn wide at 14 and is at $11.00 in the market. The four-year-old Not A Single Doubt gelding won the Goulburn Cup over 1400m on November 3rd.

Godolphin’s Ranier is now the first emergency after Asterius, barrier one and 52kg, gained a start after the scratching of Testashadow.

Ranier, with 52kg under Kathy O’Hara and barrier 10, is coming off a narrow second in the Benchmark 90 over 1600m at Flemington on VRC Classic Sprint Day, November 9th.

The Gong is Race 6 at 4.20pm on the nine race programme which received 135 acceptances on Wednesday.

The meeting commences with a field of seven two-year-old’s in the $125,000, Marty Christie and Crammy i98 Breakfast Show 2YO Handicap (1000m)

The track is rated a Good 4 on Wednesday after 5mm of irrigation in the last 24 hours and 20mm in the last seven days. The rail will be in the True position for the entire circuit. 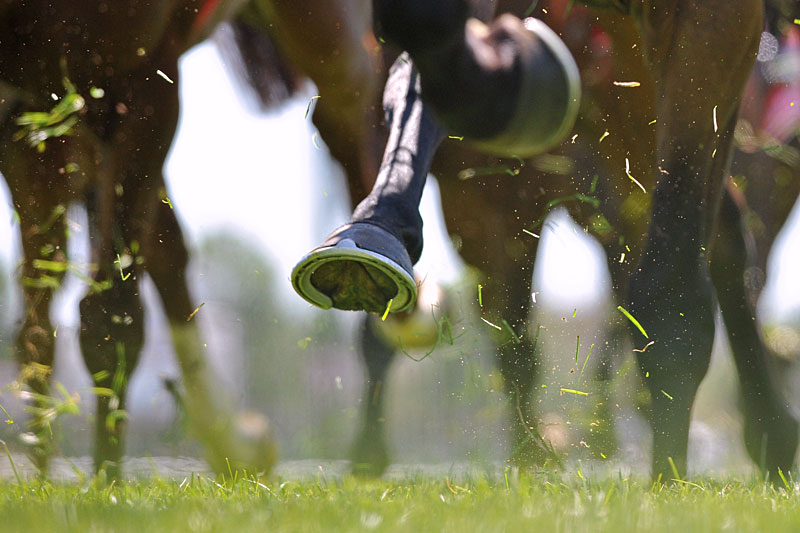 The Gong on Saturday, picture Quentinjlang.com