William Buick has been cut to as short as 3-1 to land his first jockeys' title after his four-timer at Newmarket on Saturday but Oisin Murphy is still favourite to retain his crown. 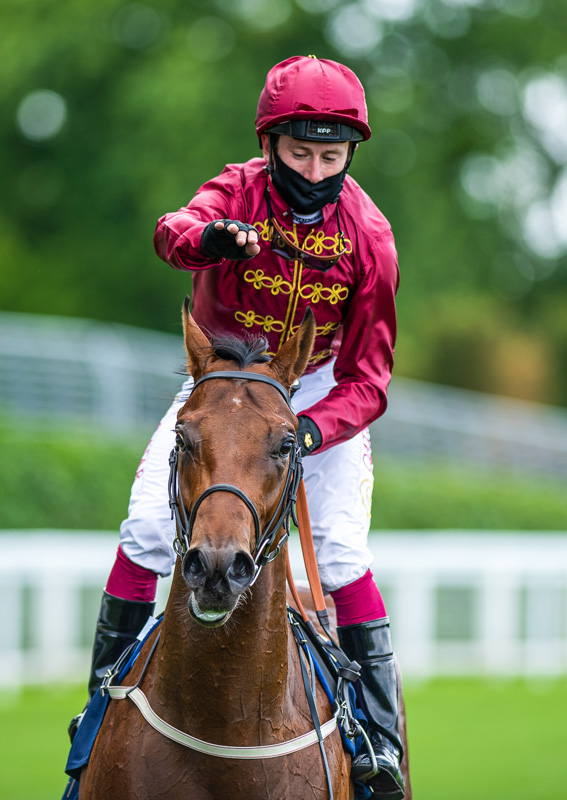 The jockey has been in top form since racing resumed on June 1 and was joint-third in the table alongside Ben Curtis on 51 winners before Lingfield's evening fixture on Wednesday, behind Tom Marquand and defending champion Murphy.

Due to the coronavirus pandemic, the goalposts have changed dramatically this season, with jockeys limited to one meeting per day and the championship running from June 1 until November 7.

"Buick is the story of the season," said Paddy Power's Paul Binfield. "He was 33-1 at the beginning of the year and we now consider him to be the most likely candidate to stop Murphy from winning again.

"It is extremely open this season and Buick's fabulous four-timer at Newmarket exhibited his intention in a campaign in which he really enters the equation with riders limited to one fixture per day.

"We still believe Oisin will prevail but it's amazing what confidence can do for a rider, and we slashed Buick into 5-1 after Saturday and cut him again to 3-1 when punters jumped on the bandwagon."

Betfair also make Buick a 3-1 second favourite and its spokesman Barry Orr said: "That would be by far the worst result for us as he was initially an unconsidered chance behind a whole host of others."

Murphy, 24, was eight wins clear of Marquand in second before racing on Wednesday, with a further three back to Buick and Curtis, and is still the general odds-on favourite to retain the title.

"Murphy was installed as 1-2 favourite when we opened the betting last year but he drifted out to 11-10 when it wasn't certain when this year's title race was going to begin," said Coral's David Stevens.

"Punters perhaps felt a shortened campaign would bring more riders into the race and Marquand was a significant market mover following his successful spell in Australia earlier this year.

"However, while he is doing his best to give those backers a decent run for their money, and Buick has also got himself into the race with a hot spell, Murphy remains in pole position to be a dual champion."