Undaunted by an uninspiring form line, Tony Cruz was left to exult after enigmatic galloper Buddies thwarted the hopes of better credentialed rivals by claiming the G3 Celebration Cup Handicap (1400m) at Sha Tin on Sunday with an upset victory.

Winless in nine starts since November last year, Buddies prevailed in Hong Kong’s first Group race of the season as a 23/1 outsider after defying Tourbillon Diamond and short-priced favourite Sky Darci by dictating from the front.

The tactics, hatched by Cruz and Chadwick, delivered a triumph which stunned most – but neither trainer nor jockey.

“Not really a surprise because I expected to be up the front,” Cruz said. “I expected him to lead this race and, on this track today, I think it was an advantage to lead. He had a light weight (113lb), so I got the right jockey on him.

“He’s a good front rider, Matthew Chadwick. It was not a big surprise to win it. I expected him to run in the first four. Last season, he ran fifth (in the same race behind Golden Sixty) and this year he is much fitter for the race.

“This horse has won by leading before, he’s an honest horse but I know he is at his peak today.”

Cruz will next target the G2 Premier Bowl Handicap (1200m), but remains sceptical over the son of So You Think’s ability to contend at a shorter trip. 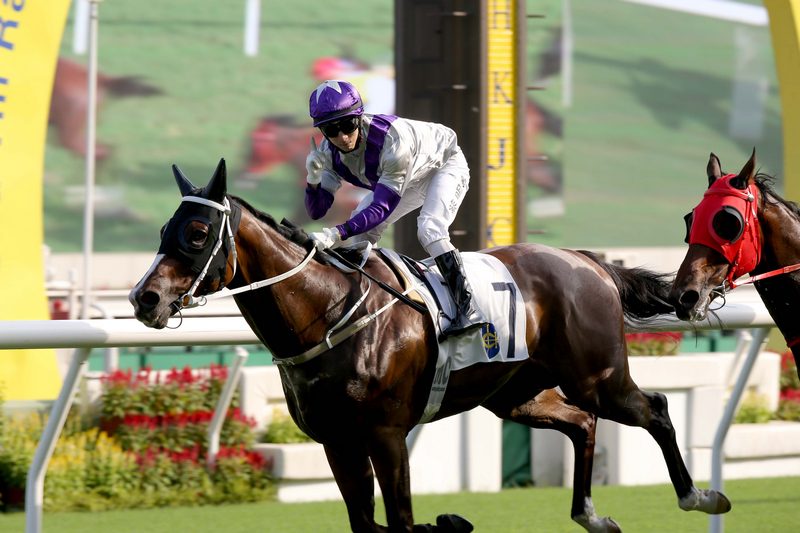 Chadwick continued a strong start to the season with a heady ride, edging to a handy lead in the straight as Tourbillon Diamond and BMW Hong Kong Derby (2000m) winner Sky Darci unavailingly set out in pursuit.

“It was fairly simple – we had one plan (and that was) get to the front and we got there pretty easily with the light weight,” Chadwick said.

“I was able to give him a breather and he kicked hard in the straight. I thought once I got there, they wouldn’t take me on with the light weight. The ground seems to be getting a bit faster, it suited us today and he kept running.

“He’s improved from his first run so we’ll just have to wait and see (what the future holds) but fingers crossed (he can win more Group races).”

Alexis Badel shared riding honours with Zac Purton with a double after closing the meeting with a clever display on Manfred Man’s Trillion Win, who denied Purton and Naboo Attack in the Class 2 Cheung Hong Handicap (1200m).

“I like this horse, he’s been a good horse,” Badel said of Trillion Win, who relished a trouble-free run while Naboo Attack was forced to weave his way through the field late.

“He deserved a win like this, he’s getting more mature. He’s still a young horse, he’s still got a lot to improve. I was patient with this horse because he still looks around, but I think he has a good future.”

Packing Victory maintained his unblemished record for Danny Shum with a third consecutive victory under Purton after a gritty performance to fend off talented newcomers Five Elements and Master Delight in the Class 3 Fu Tai Handicap (1200m).

“It was a good effort, they tried to make it hard for him – they took him on,” Purton said.

“They tried to box him, but I maintain his rhythm and keep him in the right spot. He was there to be beaten and he fought hard.

“For a young horse, it was a good effort.”