Melbourne’s leading rider Jamie Kah had one instruction from trainer Cindy Alderson ahead of partnering Liqueuro in the $135,000 Lexus Summer Event Trophy (2000m) at Flemington on Saturday.

Kah had Liqueuro out three-wide before the turn in a bid to be in the firing line early in the straight and in a slogging finish just prevailed.

Sent off the $4.20 favourite after a debut win over 1500m win at Mornington on New Year’s Day, Liqueuro scored by a half-neck from Alloway ($9) with Solar Apex ($5.50) three-quarters-of-a-length away third.

“Normally I don’t like to get going that soon, I like to get a trail, but we just made the running from the 800 (metre-mark) and started clicking up the tempo,” Kah said.

“There was a nice tempo there for him, he relaxed. He’s still doing a lot wrong, so there’s plenty of upside.”

Alderson said she had considered starting Liqueuro at 2000m on debut and he certainly needed every inch of that trip on Saturday.

Liqueuro is bred to handle a staying trip being by Melbourne Cup winner Fiorente (IRE) from the Galileo (IRE) mare Little Darring.

Alderson said Robbie Laing had purchased Liqueuro as a yearling.

“Robbie’s got a great eye for a horse, so we have to give him credit for that,” Alderson said.

“When Robbie ran into a bump in the road, I ended up with him. Some of his happy owners are still there, the guy that bred him is still in him so it’s a good story all-round.

“Obviously we were just going to see what he did today, but he’s a fairly lightly-framed horse so I don’t know whether he’s ready to go much further right now.

“We’ll just have a bit of a gap now and we might even look at some of the races over a trip here.

“The further the better.” 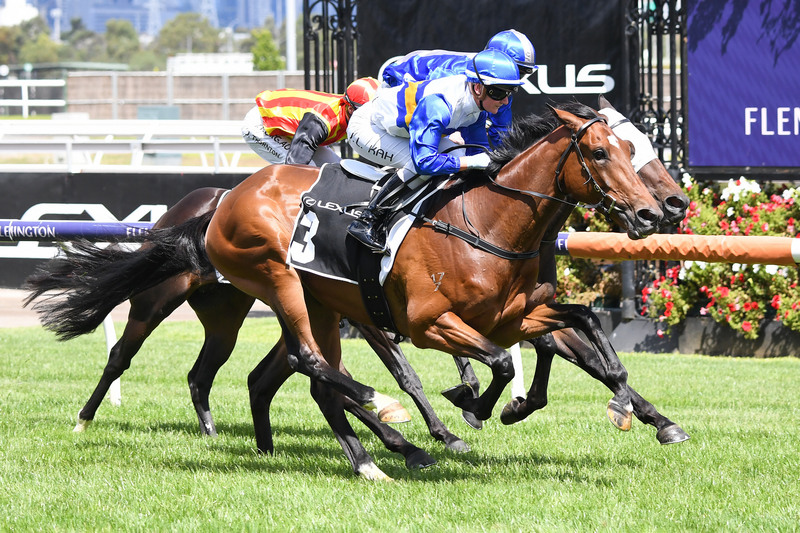