Supremacy, who made "breathtaking" progress from minor company at Windsor to Group 2 glory at Goodwood, could have his talent examined at the top level next time out after Clive Cox revealed his impressive Richmond Stakes winner would be entered in the Darley Prix Morny at Deauville on August 23. 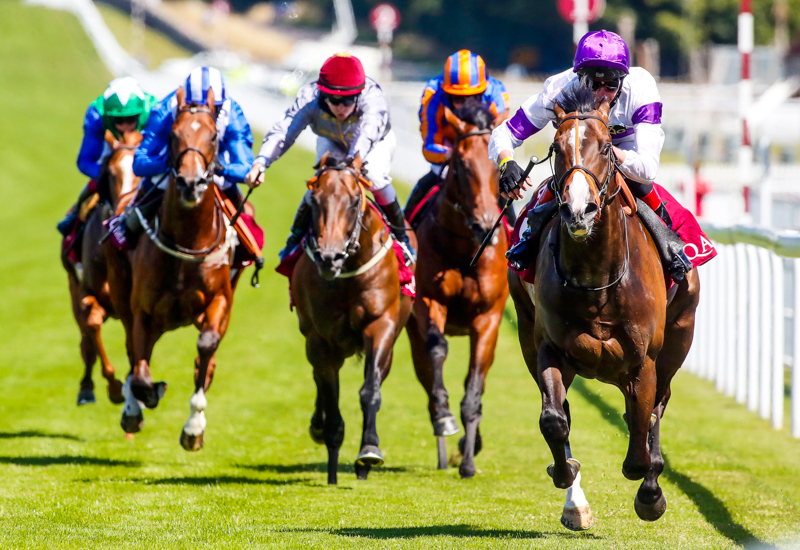 A son of Mehmas, Supremacy produced one of the most impressive displays of the week at the fixture, which thrilled, but did not necessarily surprise Cox, who is now contemplating a raid on the French Group 1 he landed with Reckless Abandon eight years ago.

"He's fine, he's come out of the race really well and I couldn't be happier with him," Cox said on Sunday morning. "He's made big strides forward and it was a very exciting performance.

"He's always been a very straightforward horse to deal with at home and his development has been gradual, but promising. On his debut run at Windsor, he was loaded first in a field of 11 with quite a few difficult ones, so he was in the stalls for a very long time.

"That said, he still hit the gate quickly and was drawn wide enough to just drop in behind horses, so got a bit lost. He clearly took huge strides forward when winning second time out at Windsor and his progress from there to this week in the Richmond was nothing short of breathtaking, so I'm really pleased."

Discussing Supremacy's targets for the season, Cox added: "He will have an entry in the Morny. He's a horse who enjoyed the quicker ground at Goodwood and the Middle Park will be our main target this season.

"Adam [Kirby] was of the opinion that he gives him a very good feel and not just for the two-year-old campaign, but for next year as well, so it's really exciting to have another top-class sprinter on our hands."

The Morny is also an option for Cox's Coventry Stakes ace Nando Parrado, who became the longest-priced winner at Royal Ascot after his shock 150-1 success.

"I think Nando is bang up there with his performance in the Coventry and he'll have an entry in the Morny too, although he would be more at home with ease underfoot than Supremacy, but it's just magical to have two horses of this calibre on our hands."

Cox is also delighted for Supremacy's owner Jason Goddard, whose father-in-law Ken Lock had horses with the Lambourn trainer as well.

"Ken had horses with me for a long time and it's an absolute joy to have a top-class one for Jason, and he's so passionate about things and excited about having a horse like this; I couldn't be more pleased for them," said the former jump jockey, who will field last year's Richmond winner Golden Horde in the Group 1 Prix Maurice de Gheest at Deauville next Sunday.

He won this summer's Commonwealth Cup at Royal Ascot - a long-term aim for Supremacy and Nando Parrado in 2021 - and finished a fine third in the July Cup last month.

"The Maurice de Gheest is very much the plan," Cox went on. "He's in good order and came back from the July Cup very well - I'm delighted with him."