Three decades after his maiden Magic Millions success aboard Sunblazer, Chris Munce was to the fore on the Gold Coast once again as tenacious three-year-old Boomsara took honours in Saturday’s $2 million Gold Coast Magic Millions 3YO Guineas (1400m).

For the former jockey, who first won the two-year-old Classic in 1989 before scoring again in 2001 on Excellerator and 2004 on Dance Hero, Boomsara’s win represented his biggest success as a trainer.

As has become his custom, the son of Spirit Of Boom made play under Tim Clark before fighting doggedly to fend off the challenge of Bondi and Outback Barbie in the final 200m.

Munce said he was always confident the $45,000 Magic Millions March Yearling Sale purchase would be hard to run past.

“I knew they wouldn’t get by him when he was in front and travelling as easy as he was at the 1200m,” Munce said.

“Timmy rated him beautifully and he started to coax him up from the 600m which was the right thing to do on him.

“There are quite a few owners in the horse, about 20 or 30, and for quite a few of them it’s their first horse so to get a horse like Boomsara, it’s been a great ride for them.

“I’d also like to make mention of Damian Browne, I’m feeling for him in hospital and I would’ve loved for him to have ridden him today.”

While he was clearly delighted to win the race, Clark paid tribute to Boomsara’s regular jockey Damian Browne who was forced to miss Saturday’s race after undergoing bowel surgery on Thursday.

“I’d like to send out a bit of a cheerio to Browny, obviously he went down sick,” Clark said.

“These are the races and the big days that you want to be invoked in, you don’t want to be sitting on the sidelines so it’s a shame that he couldn’t be here.

“I was rapt to get the call from Muncey yesterday, he told me it would win and he was spot on.

“It’s always good to ride ex-jockeys, they look at the races and they can tell who is riding well.

“The gun trainers from all around Australia are here today so for Chris to pick up one of the feature races, I’m sure it’s a big thrill for him and his owners.” 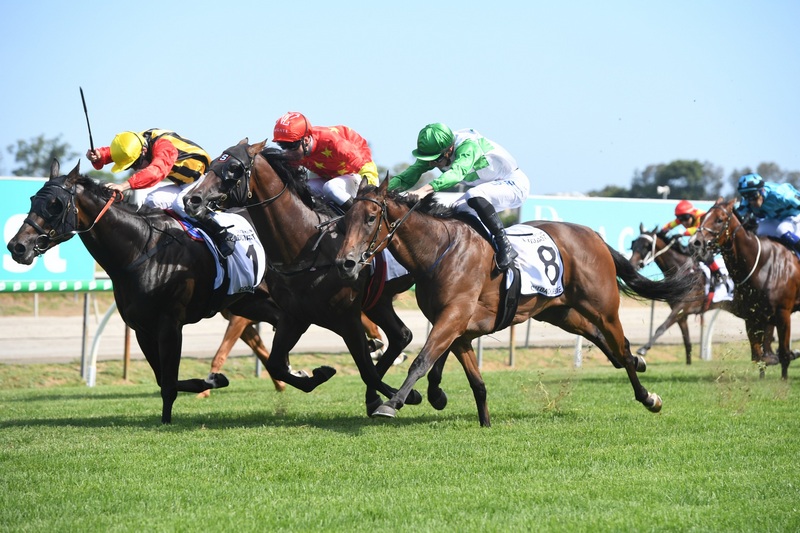