The duo prepared quality mare Xanadu to win the 2013 edition and this year’s race looks a bumper version, with seven of the 14 runners already Group One winners, including Melody Belle, who is looking to make it a hattrick of wins in the race.

The Kelso-trained Supera is yet to win a Group One, but it looks only a matter of time before the Sir Peter Vela-owned blueblood notches an elite level win, as a multiple Group Two winner and three-times Group One placed.

Connections are hoping that will be as soon as Saturday, where Supera is rated a generous $11 chance with TAB Bookmakers despite running a slashing second when resuming in the Gr.1 Tarzino Trophy (1400m).

The Savabeel mare will again be ridden by Rosie Myers, who will have to navigate a path from barrier 11.

“We will talk tactics before the race with Rosie and go through where the speed will be coming from and where we should end up, in conjunction with Gary Cossey as well,” Ken Kelso said.

“It is a race with a lot of depth. I think it is one of the better Group One fields we have seen in New Zealand for a while, but you couldn’t label any one horse, they all have a chance. It is a very strong field and draws and the run in the race is going to be very important.

“We have drawn out a little bit worse than we did the other day and it is a tricky barrier for that mile.

A grand daughter of champion mare Ethereal, Supera is a headstrong mare with a few quirks but Kelso believes the galloper’s manners are on the improve.

“She will travel to Hawke’s Bay on the day of the races, we have always gone to Hastings the day of,” Kelso said.

“She is okay travelling, and she is fine at the races when hooked up in the stalls, it is just when you are in the bird cage and you have to get your rider on.

“Every other aspect of her is reasonably good, it is just getting the rider aboard she can put on a bit of an act.

“But I think there has been a general improvement in her temperament.”

Noted as a stable that can get the best out of fillies and mares, Kelso said the only thing Supera and his previous Windsor Park Plate winner had in common was their good ability.

“Xanadu was a pretty laid-back mare and was easy to handle so it is a bit different, but they both have plenty of ability.

“We are lucky we get some nice fillies from Pencarrow Stud and other people as well. We have a good record with fillies and mares, and it is nice to get those well-bred fillies.

“We had another one on Wednesday, Les Crayeres, a Redoute’s Choice mare out of Our Echezeaux that ran fourth in her first race.

“If you have a product to start with you have an advantage.”

A boutique, hands-on stable, Kelso said facilities also played a role as to why they received a number of members of the fairer sex to train.

“I think it is because we only train 12 or 15,” he said. “We have a 10-acre property where they are out in the daytime rather than being cooped up in a box and many fillies and mares enjoy that, going out in the daytime. A smaller stable too is a help.”

Should Supera again perform well on Saturday, the quality six-year-old will also contest the Gr.1 Livamol (2040m) back at Hastings on October 17.

“The plan all along was to run in all three of them (legs of the Hawke’s Bay Triple Crown),” Kelso said.

“Originally, we were going to go to the Foxbridge Plate (Gr.2, 1200m) but we decided to give her another trial and go fresh into the Tarzino and we were really pleased with her run.” 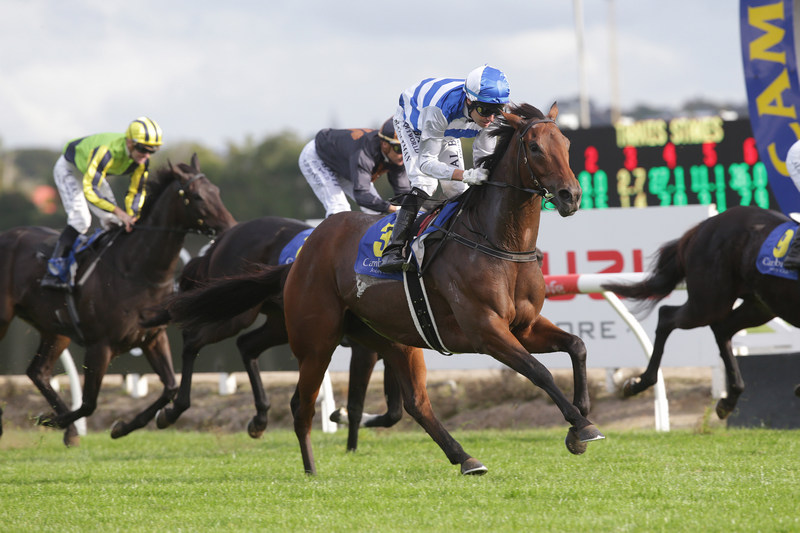 Stakes success at Riccarton on Saturday would continue a run of success that Indian-born Sydneysider Manoj Wanzare can scarcely believe he's been part of.

Wanzare, 44, will look to continue his winning streak as a part-owner of talented Makfi filly Matchmaker, who contests the Listed New Zealand Bloodstock Canterbury Belle Stakes (1200m) at Riccarton.

Wanzare, a fund manager who has enjoyed recent success as a part-owner of Group One star Verry Elleegant and last weekend's Gr.2 Golden Pendant (1400m) winner Subpoenaed, bought a half share in Matchmaker in August after the filly ran out an easy debut winner at Riccarton.

"We keep a close eye on the trials in New Zealand and like to really analyse the sectional data. She's a filly just like Verry Elleegant and Subpoenaed that we loved her trials," Wanzare said.

"She had a break after her first trial because of the Covid situation and then trialled well again. I was pretty keen to keep an eye on her and watch her first race and when she was so dominant in her first win, we made our move."

Working with Australia-based Kiwi bloodstock agent Andrew Williams, Wanzare was able to negotiate a deal that saw him take a half-share in Matchmaker with her breeders Gus and Bianca Wigley.

Conditions of the deal will see the filly remain with current trainers Nick Wigley and Kayla Milnes till after next month's Gr.1 Barneswood Farm 1000 Guineas (1600m) at Riccarton when she will transfer to Sydney trainer Chris Waller.

"Gus told us it was on his bucket list to win the Canterbury Belle Stakes and the 1000 Guineas so we were able to work together to get the right deal," Wanzare said.

"We don't know her ceiling. She's still very lightly raced and I'd be stoked if she could run in the money on Saturday. To me, she looks like a horse that needs 1400m to 1600m. But this is a really good stepping stone for her.

"The $1.90 favourite (Cornflower Blue) will be hard to beat but Matchmaker, to me, looks right in the race. Looking at the speed map, she might have the last shot at them and I really think she's over the odds (at $9.50)."

Wanzare immigrated to Australia from India in 2006 and had his first taste of ownership through syndicates with workmates.

Now he has interest in nearly a dozen horses, with Verry Elleegant taking him on an ownership ride he always considered beyond his reach.

"Verry Elleegant was the first top level horse we got involved in. She caught my eye at the trials and when Darren Weir purchased her, I approached him about taking a share and within 30 minutes I was a part-owner in her," Wanzare said.

"I keep pinching myself. I'm so lucky to be involved. I didn't think that in my wildest dreams that we'd be winning at this type of level. I just consider myself very fortunate."

The Waller-trained Verry Elleegant, who began her career with Auckland trainer Nick Bishara, will continue her buildup to the $A5 million Gr.1 Caulfield Cup (2400m) on October 17 and $A7.3 million Gr.1 Melbourne Cup (3200m) at Flemington on November 3 when she contests Saturday's Gr.1 Turnbull Stakes (2000m) at Flemington.

Talented Riccarton sprinter Wekaforce will begin a campaign towards the Gr.1 JR & N Berkett Telegraph (1200m) at Trentham in January when she steps out at Riccarton on Saturday.

A trial winner at Rangiora in August before a trials second at Rangiora last month, Wekaforce force will join stablemate Windsor, also first-up, in the feature sprint at Riccarton.

"They are both coming up nicely. They have both had two trials. Windsor is carrying a fair bit of condition this time in but they are both pretty forward with the trials and both have drawn well," Rae said.

"Barrier one is a really good draw for Wekaforce because she jumps and runs. She likes to get the wind in her teeth. She's pretty ready to go.

"Windsor is carrying that little more weight and he might need more racing before showing up. We're looking towards the Coupland's Mile with him, whereas she'll head towards the Stewards."

The Gr.2 Coupland's Bakeries Mile (1600m) and the Gr.3 Lindauer Stewards Stakes Handicap (1200m) are both run at Riccarton on November 11 but Rae revealed an even bigger target for Wekaforce.

"She's still relatively young and still lightly tried with 17 starts but she's really strengthened up this time in and she should be in for a good season," Rae said.

"We've got some pretty big targets for her. After the Stewards we'll look at the sprint at Wingatui on Boxing Day (the Listed Hazlett Stakes over 1200m) and then get her ready for the Telegraph.

"She went a top race in the Lightning at Trentham last season, beaten by a pretty experienced older horse so we were super happy with her that day. She doesn't need a lot of racing either."

TAB bookmakers have Wekaforce as a shortening $2.70 favourite for Saturday's race with Windsor on the seventh line of betting at $13.

"She ran pretty well at Timaru after racing wide two starts back and then she won really nicely at Ashburton the other day," Rae said.

Rae also has Southern Ocean and Paint Me Red in action at Riccarton, with Ocean Park four-year-old gelding Southern Ocean making his debut after four trials for three wins and a placing

"We had him in the other day but scratched when it came up a wet track. He's got a big stride and he'll be suited to the good track," said Rae, who added that one-win gelding Paint Me Red would be ridden more conservatively this weekend.