Blue Point, who completed a rare Royal Ascot Group 1 sprint double on Saturday, has been retired to stud with trainer Charlie Appleby happy to let the four-time Group 1 winner bow out on top.

The five-year-old claimed back-to-back wins in the King's Stand Stakes on Tuesday before fending off Dream Of Dreams in the Diamond Jubliee Stakes just four days later, becoming the first horse since Choisir in 2003 to land both races in the same week.

Appleby said on Monday: "After a fantastic Royal Ascot bookended by wins in the Group 1 King's Stand and the Group 1 Diamond Jubilee and subsequent discussions with his highness Sheikh Mohammed we feel it is the right time to retire Blue Point.

"To do what he did within five days was the pinnacle of his career and he couldn't have done any more. He retires fit and well to Dalham Hall where he will try and emulate his father Shamardal. He's five now and thrives at Ascot so we don't think he has anything else to prove."

In a glittering career, the Godolphin sprinter also enjoyed top-level success in the Al Quoz Sprint and won £2,631,333 in prize-money.

The son of Shamardal played a key role in a vintage season for sprinters in 2017, when finishing third in an epic renewal of the Commonwealth Cup behind Caravaggio and Harry Angel.

As a four-year-old he defeated Battaash in a thrilling renewal of the King's Stand but it was not until this season he became the dominant force of the sprinting division, winning three from three in Dubai before his outstanding Ascot double last week. 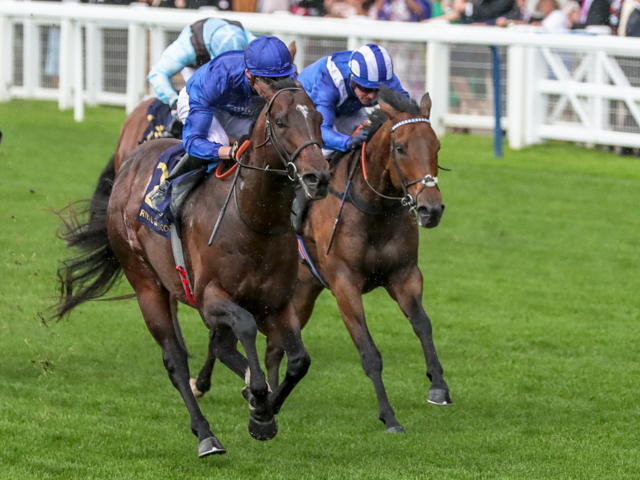