Blue is on Point for Godolphin

Godolphin's Blue Point became the 12th dual winner of the £500,000 G1 King's Stand Stakes with a gutsy display in the five-furlong contest at Royal Ascot on Tuesday. 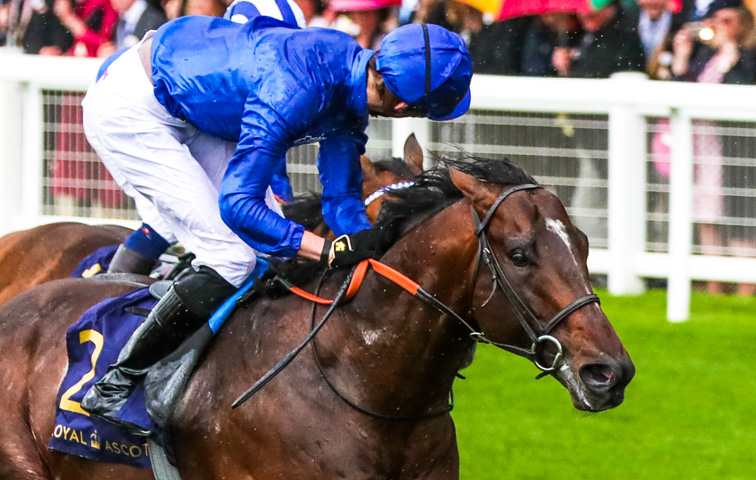 Trained by Charlie Appleby and ridden by James Doyle, 5/2 shot Blue Point was always prominent and ran on strongly to deny old adversary Battaash (2/1 favourite), trained by Charlie Hills, by a length and a quarter.

Blue Point has now won four of his five starts at Ascot and remains unbeaten this year, having won all three of his races in Meydan during the winter.

A delighted Doyle, recording his 11th victory at Royal Ascot, said: "It gives me immense satisfaction that I didn't mess it up because I have ridden Blue Point twice before and it didn't really work out.

"William [Buick] gets on so well with him, so we did plenty of homework. Charlie actually told me a hop on Blue Point a couple weeks ago, just to get to know him because he is tricky.

"The race couldn't have gone much smoother, to be honest. He is a real, tough warrior and I had to do most of the running on my own, which is never easy, but it just shows what a classy sprinter he is.

"That is why Charlie is the great trainer he is. He thinks about all of the little things that on the big day need to come together.

"Blue Point has beaten Battaash each time they have met. I was not really worried about him, I was more worried about the rain coming down. Luckily, it only drizzled and hasn't really effected the ground for now.

"He was very tough - he was out on his own. Battaash drew alongside me but he was six or seven horse-widths away from me, so was never really in my sights. They have met a few times and Blue Point has always come off best. There is no disputing that." 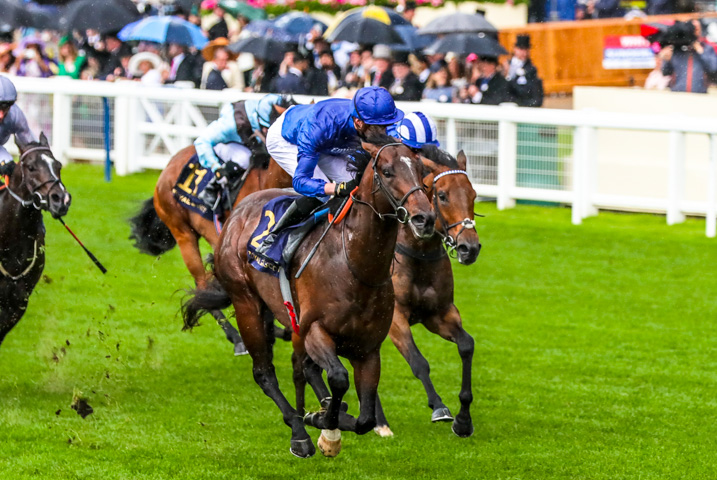 Reflecting on William Buick missing the ride, due to an enforced lay-off from concussion, Doyle continued: "It is real team effort and I am very grateful that in a situation like this I can pick the reins. It is very tough on William, who is here today, and I know how he feels missing big winners because I have been there myself, but I think it softens the blow that is one of his best mates riding the winners and looking after his horses for him while he's off."

Battaash finished second to Blue Point in the G1 £500,000 King's Stand Stakes over five furlongs for the second consecutive year. The 2/1 favourite was beaten a length and a quarter - half a length less than in 2018.

The Dark Angel five-year-old was ridden by Jim Crowley and trained by Charles Hills.

Hills said: "He probably just got a little bit outstayed again today, really. It's got to have tested his stamina a bit; he was drawn wide and unfortunately the horse we thought we'd follow early on into the race slipped coming out of the stalls, and we got a bit detached from the race, maybe. He's run a really good race, though."

Jim Crowley said: ""He ran a super race, a great race. The winner is a very good horse. I rode him a bit differently this year, and still got beaten. I think the track doesn't play to his strengths."

Third was front-running three-year-old Soldier's Call, trained by Archie Watson and ridden by Danny Tudhope. He finished a length and a half behind Battaash at 16/1 and a nose ahead of last year's third, Mabs Cross.

Watson said: "He's run a huge race. He'd run against these horses at two, which very few horses do, and I'm delighted with him. That's the way to ride him. He showed a lot of speed today. He ran a very good race at York and he's taken a big step forward today. I know he's good enough to win one of these.

"Goodwood was the one place where he didn't like the track last year so we won't be going there. All roads probably lead to the Group Ones at the end of the season."

Danny Tudhope said: "It was a great run. I think he is back to his best now." 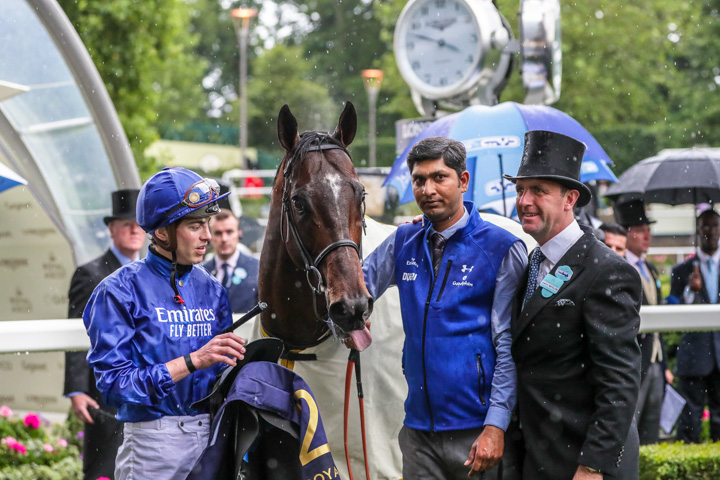 Blue Point does it again! He joins an exclusive list of dual winners in the King's Stand and gets the win for @godolphin. #AscotOnSky pic.twitter.com/I1hOitLW8c