Cast in the unwanted role of envious onlooker during the past two LONGINES Hong Kong International Race meetings, Blake Shinn will forge new territory on Sunday 12 December when the Australian rides in three of the four G1 crowns at Sha Tin. 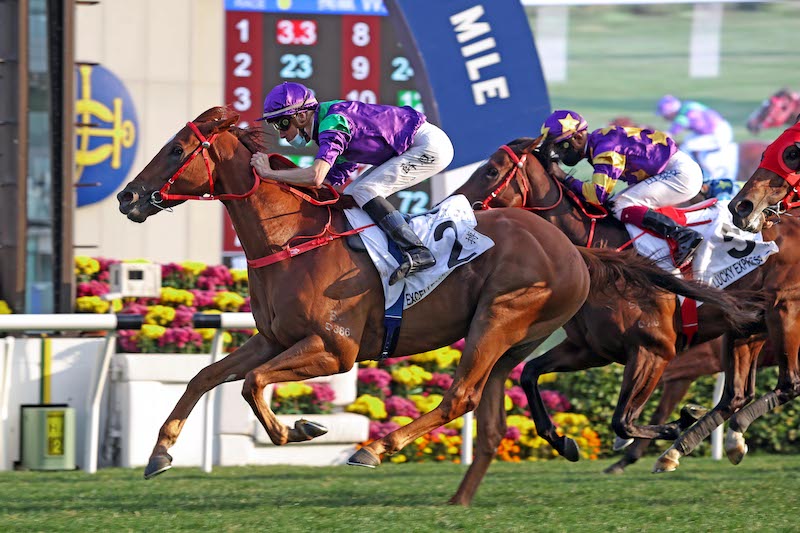 At 34, and after being unable to gain a ride over the past two seasons in any of the four glittering LONGINES G1s, Shinn is elated to have secured not just one quality mount, but three.

“It does mean a great deal, it’s a culmination of a lot of hard work. It shows to me that I’m riding well and I’m starting to get respect and that’s important. In Hong Kong, it’s a tough environment,” the Melbourne Cup-winning rider said.

“You’ve got to earn your stripes and you've got to show people that you can get the job done as well in Hong Kong. To get three Group 1 rides at the LONGINES Hong Kong International Races is years in the making. But I’ll be a lot happier if we can win a race on the day — getting rides is the just first part.”

Aiming to better the 24 wins he posted last season, Shinn has seven victories in 2021/22 and is hopeful his trackwork dedication will continue to pay off.

“It’s been a hard journey but everyone who comes to Hong Kong has to put in the hard work to reap the rewards,” he said.

“I just feel really proud to knuckle down for this long and it’s starting to pay dividends now. You’ve got to earn your stripes in Hong Kong and I feel that’s starting to happen now.

“To have three rides on the biggest day in Hong Kong is a pretty proud moment and I’d be even prouder if I could win one of them.”

“I believe Sky Field is my best chance. He’s proved that he’s up to Group 1 level, he’s been placed behind Wellington. He’s been running well all season, except one run when we had excuses. He’s a Group 1 horse and in an open race, he’s a live shot,” he said, before expressing excitement over reuniting with John Size’s Excellent Proposal.

“Excellent Proposal has done nothing wrong this prep. I won a Classic Mile on him last season and he’s returned in good order. If there’s a chink in Golden Sixty’s armour, a horse like this might be able to find it. He’s a got a sense of timing about him,” Shinn said.

“Russian Emperor, it was a kind of nothing run last start. You’ve got to put a line through it. The horse felt great. He ran second in the Hong Kong Derby last year, so he’s a quality horse. If it’s a genuinely-run race, he’ll be right in it,” Shinn said.