Brad Widdup’s Akari earned invaluable spring black type when winning the $140,000, listed Bisley Workwear Reginald Allen Quality (1400m) at Randwick on Saturday as the Snitzel filly found the step up in distance to her liking.

It was the second win in succession for Akari, a $1,050,000 yearling purchase, after she gained her maiden victory over 1200m at Wyong on October 10th. Back in May she was third in the listed Woodlands Stakes over 1100m behind subsequent Group winner Libertini and on Saturday she added her own stakes win to her pedigree.

Christian Reith was patient with the filly from barrier three as Still Single and James McDonald and Special Snap and Tim Clark led the field out by 2L crossing the High Street side. Akari was sixth at the 1000m and Reith did not move until the 500m.

The field closed on the leading duo as they cornered with Akari and Reith four wide. From the 400m they improved smoothly and then displayed a turn of foot from the 300m that had them into the lead with 150m to run.

Akari was outside Mayaaseh (Exceed And Excel) and Kerrin McEvoy and while the filly inside kept fighting Akari had her measure, as well as that of Betcha Flying (Uncle Mo) and Hugh Bowman who came late for second.

“I think I felt more pressure today as I wanted her to win a race, I could see that she was good enough for this grade. It is great to see her win,” said Hawkesbury based Widdup.

Widdup said that he is now planning a trip to Flemington for a fillies race over 1400m on Melbourne Cup Day, November 5th.

Akari, out of the Neo Universe (JPN) mare Asterix (JPN), is races in colours of Neil Werrett’s green and yellow star silks and she has now won the two races and placed three times for stakes of $143,965. The filly originally raced for Werrett and Damian Flower’s Jadesky. 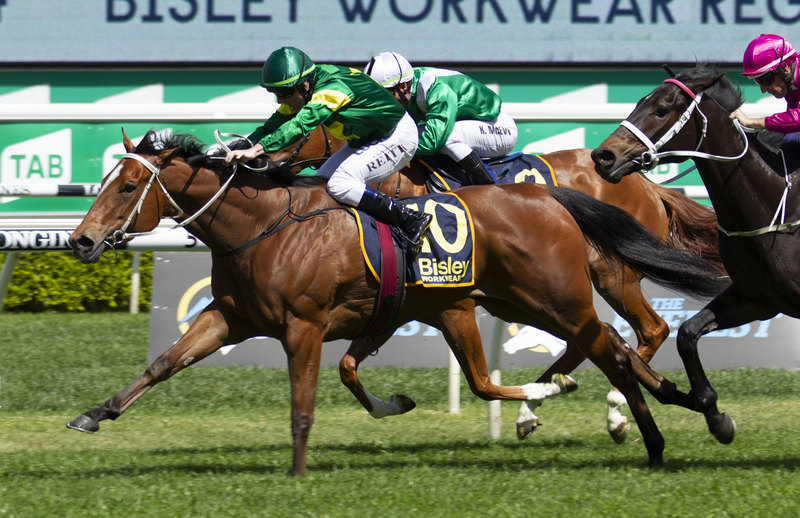