Joao Moreira celebrated his birthday with success on the Tony Cruz-trained Master Hero in the Class 3 Hing Man Handicap (1400m) at Sha Tin on Sunday.

Sunday afternoon’s victory was the Hong Kong International Sale graduate’s second from 12 starts, taking his earnings to in excess of HK$2.5 million.

“That’s what we’re here for, to ride winners,” the reigning champion jockey beamed. “The horse didn’t have everything his own way. He had to face the breeze. He didn’t let us down. I’ve had faith in this horse for long time and the trainer and his team have done a fantastic job to get this horse back to resume in this way.”

On a programme littered with desperately close finishes, four races were decided by a short head, underlining the competitiveness of Hong Kong racing.

Benno Yung’s Voyage Star was one such victor, under Badel, in the second section of the Shun Lee Handicap (1400m).

Jerry Chau moved to 69 Hong Kong career wins – one triumph shy of ending his apprenticeship - on Douglas Whyte trained Golden Bolt, a son of Kingman, in the first section of the Class 4 Shun Lee Handicap (1400m), fending off Moreira and Sunny Delight.

“The owner is happy, the horse is very honest and the jockey did exactly what I told him to do, so everything works,” Ho said. “He (Lai) used to be my apprentice, we have good communication, we work as a team.”

“One more stride (and he gets beaten), good tough win,” Lor said. “Maybe he can go to 1400 metres. It might be easier for him over more ground.”

Elon provided Size and Brazilian jockey Borges with their first success of the season with a barnstorming finish in the Class 3 Fuk Loi Handicap (1200m, dirt) after Dennis Yip’s Iron King set a Class 5 record of 1m 08.64s in winning the Wah Fu Handicap (1200m) under Zac Purton.

Hong Kong racing continues at Sha Tin on Friday with the running of the G3 National Day Cup Handicap (1000m). 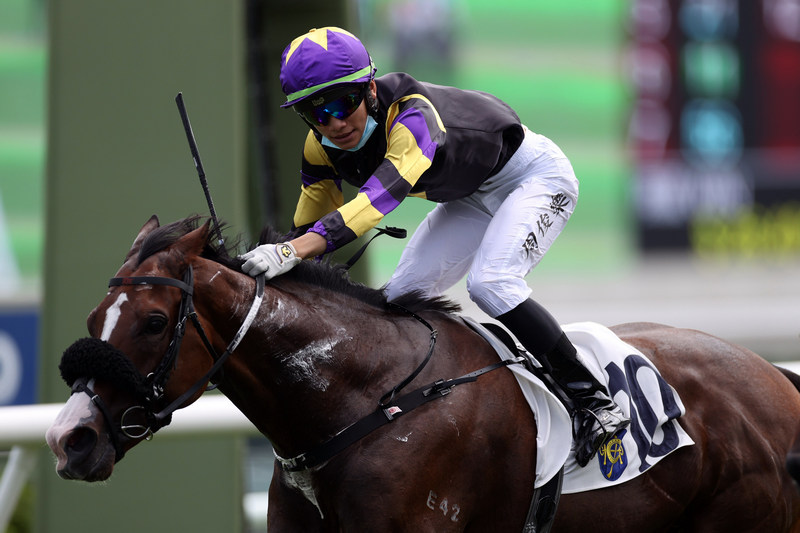