Binaisse bides his time with Felicia

It would be understandable if Dean Binaisse felt a little robbed that Felicia, the shining light of his Mornington stable, has not been to the races in almost 15 months. The five-year-old has not started since emerging from last year’s VOBIS Gold Sprint with an issue.

But instead of lamenting his bad luck with the daughter of Unencumbered, who has had 11 starts for four wins, including the Group 3 How Now Stakes (1200m) in 2020, Binaisse is thankful she is ready to start another campaign in Saturday’s Sir John Monash Stakes at Caulfield.

“If this horse goes to stud or breaks down or goes (somewhere else), then I’ve got nothing,” Binaisse said bluntly. “So while they’re in the spelling paddock they’re still a chance and she deserves that for what she’s given us.”

Saturday will be the second time Felicia has returned from a spell of around 15 months. After winning her first two starts, when trained by Matthew Sayers in South Australia, Felicia encountered knee problems that had vets suggesting euthanasia might be the best course of action.

But an extensive rehabilitation process enabled her to not only return to the racetrack, but become a consistent Group-class performer.

The injury Felicia sustained in the VOBIS Gold Sprint was nowhere near as serious as the one that necessitated her first long layoff, but presented Binaisse and connections with the chance to give her the first decent spell of her career when not recovering from injury.

The $200,000 Group 3 Sir John Monash Stakes (1100m) and Group 3 Bletchingly Stakes (1200m), at Caulfield on July 23, were long ago targeted as her first two runs back and Binaisse is happy with the way she has come up. His biggest issue has been regular track rider Remi Tremsal being sidelined in the lead-up to her return due to concussion protocols.

“It’s hard to get a line on exactly where she is because Remi used to give us the best feedback,” Binaisse said. “But her last trial was super — she didn’t get beaten far and I was really happy with that — and hopefully with a bit of rain on Friday the track should be in the Soft 5 or 6 range, which would be perfect.”

Felicia, who will start from barrier four with Jye McNeil aboard, occupies the $8 fourth line in TAB’s Sir John Monash Stakes market, which is headed by Oxley Road at $3. 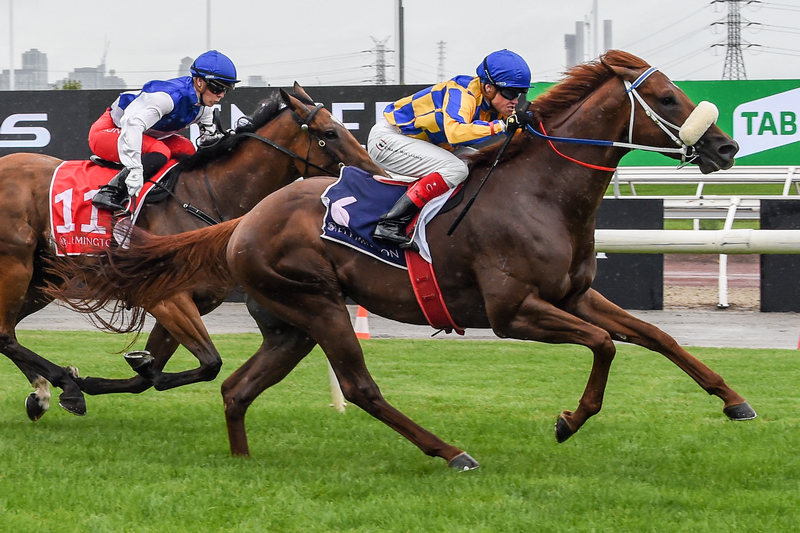