Better than Enable and Winx: Crystal Ocean is officially the world's finest

A new name has appeared at the head of the latest Longines Worlds Best Racehorse rankings, with Crystal Ocean now officially the finest around on turf or dirt.

Sir Evelyn Rothschild's five-year-old son of Sea The Stars earned a mark of 127 when sluicing through the Ascot mud to claim a first Group 1 success in last month's Prince of Wales's Stakes. 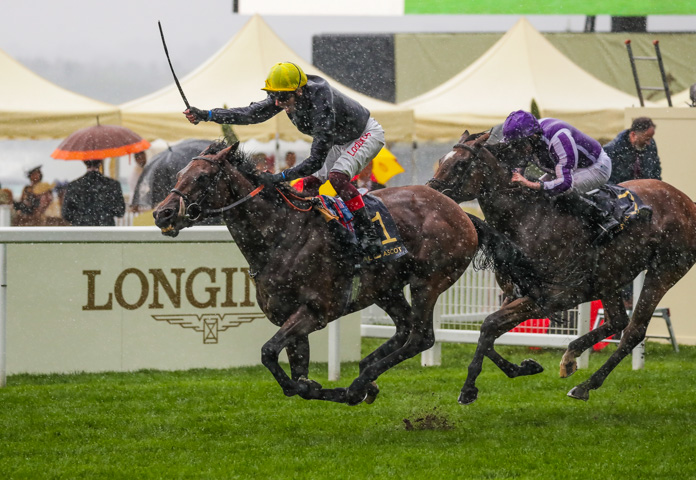 Intriguingly Crystal Ocean is 4lb clear of the 123 awarded to Enable after her comeback success in the Coral-Eclipse on Saturday, meaning that, even allowing for her 3lb sex allowance, she will need to improve when the pair meet in the Qipco-sponsored King George back at Ascot this month.

While Enable was making her first start since October's Breeders' Cup Turf and is entitled to come forward for that effort, Crystal Ocean was having his third run of the year in the Prince of Wales's Stakes.

But the IFHA panel of handicappers have recognised a significant improvement in Crystal Ocean, who finished 2018 with an official mark of 125 following a pair of runner-up efforts at the top level behind fellow Sir Michael Stoute-trained inmate Poet's Word and World Champion Cracksman.