Best Solution is no stranger to Germany having won a pair of Group 1s when journeying over last year, and the five-year-old is back for more in the 57th Preis von Europa in Cologne. 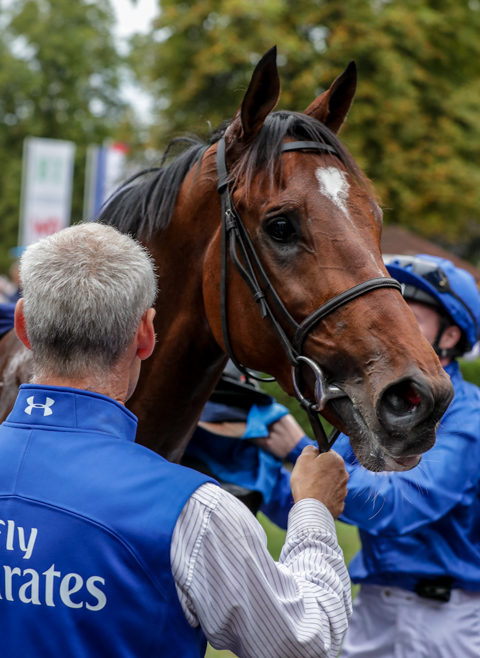 As well as the German victories, Best Solution was a top-level winner in Australia in 2018 when taking the Caulfield Cup before finishing eighth to Cross Counter in the Melbourne Cup.

Those global exertions resulted in a lengthy break with Best Solution returning to action in the Group 3 September Stakes at Kempton this month.

That run – where Best Solution finished seventh – should have knocked the cobwebs off, and trainer Saeed bin Suroor said: "He needed the run in the September Stakes and has come on for his first start of the season.

"His latest piece of work went well and he's ready to go. Any rain will help his chances but he heads to Germany in good condition and I'm looking for a good run."

The British challenge is three-strong, with Aspetar and Communique also making the trip. Aspetar represents the in-form Roger Charlton yard, and was far from disgraced on his first run in Group 1 company when fourth behind Coronet in the Grand Prix de Saint-Cloud.

Charlton said: "He seems in good form and has had a nice break since June. We'd have preferred softer ground but hopefully he runs well and gets in the money."

Local trainer Henk Grewe won the Preis von Europa last year with Khan, and he looks to have strong claims again with Donjah. The three-year-old filly was a remote 14-length runner-up to Ghaiyyath, but more than four lengths clear of the third, Laccario, who reopposes for Andreas Wohler.