Benbatl squares up to Kameko in high-class Joel Stakes

Benbatl recorded his best form in Britain when running away with this race last year by five lengths from King Of Comedy, but this year's contest promises to be a completely different test.

He got the run of the race in front against the far rail last season on his favoured good ground, but the forecast rain might throw a spanner in the works this time.

Benbatl floundered on heavy going when tailed-off last in the Queen Elizabeth II Stakes at Ascot last October and was withdrawn from the Celebration Mile at Goodwood last time due to the soft conditions.

He might also have more competition for the lead here too. Regal Reality attempted to make all when third behind Century Dream in that Celebration Mile but was too free from the front.

Regal Reality did not show his best that day but still had reopposing rivals Duke Of Hazzard (fifth) and Urban Icon (sixth) well held. He is capable of bettering that if he settles in the early stages and a reproduction of the form he showed when winning the Sovereign Stakes at Salisbury on his previous start under a more conservative ride would give him a good chance. 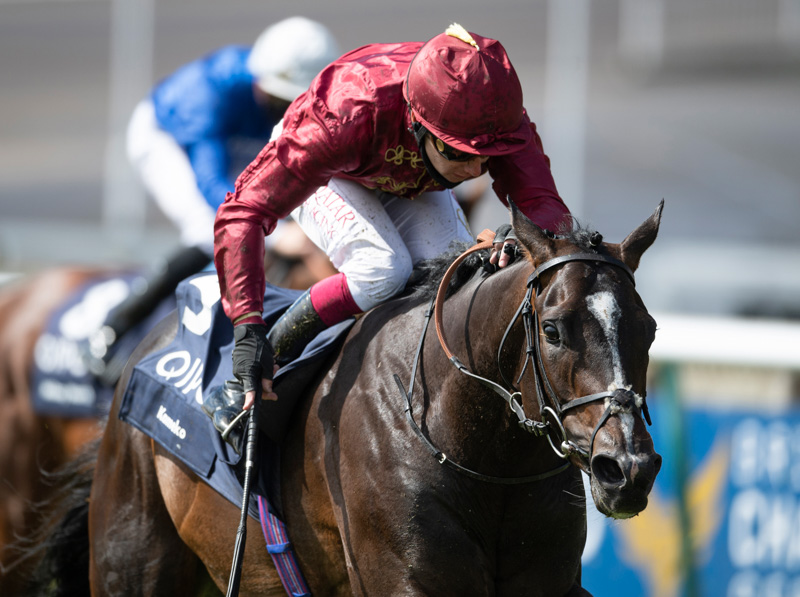 It is not often a 2,000 Guineas winner lines up in this race and Kameko has to shoulder a 5lb penalty for his victory in the opening Classic over course and distance in June.

It depends how far you want to delve into the excuses game because there are legitimate ones for all of his defeats since, but that's three in a row now.

There are no worries about stamina back at a mile here and he would be unlucky to find trouble in running on these wide-open expanses so there should be no excuses this time.

Top Rank and Tilsit are the two lightly raced improvers and, if the rain comes, Top Rank will be at home on soft ground. He showed that when winning a Group 3 at Haydock last time.

His jockey PJ McDonald rides the Rowley Mile at Newmarket better than he does most other tracks in Britain. He has 12 winners from 75 rides at the course (16 per cent) and backing his mounts blindly here would have yielded a tidy profit of £10.53 to £1 level stakes.

There can be very few horses in training who can challenge Kameko – his first British Classic winner – in Oisin Murphy's affections.

However, the champion jockey also has a fantastic record aboard Godolphin's Benbatl, and while his retainer with Sheikh Fahad's Qatar Racing means there was never any doubt which horse he would be riding here, Murphy has been aboard both for morning work in recent days.

Far from dreading that he might be on the wrong one come the business end of this fascinating Group 2, Murphy is relishing the prospect with Kameko returning to the track and trip of his finest hour.

"It's the stuff of dreams to normally have the opportunity to ride both those horses: Kameko the fastest Guineas winner ever, and Benbatll, one of the highest-rated horses in the world on 125. It's a real pleasure and a privilege.

"It's a very tough race and I honestly don't know who will win, but I can't wait."

Murphy has been aboard Benbatl for two of his career three Group 1 wins – most notably the 2018 Dubai Turf – as well as when chasing home the mighty Winx in that season's Cox Plate.

As for Kameko, he boasts a Futurity Stakes to go alongside the Qipco 2,000 Guineas.

What they say
Saeed bin Suroor, trainer of Benbatl
I am very happy with him. His most recent piece of work went very well and he is ready to go. Hopefully there will not be too much rain. He proved he handled the track in this race last year and goes well fresh. We're looking forward to getting back on the track and hopefully another good result.

Oliver Cole, co-trainer of Duke Of Hazzard
The horse is fit and very well in himself. It looks more like a Group 1 so we’ll have to see how we get on. We’ve put a line through Goodwood on that ground and hopefully it won’t be too bad up at Newmarket.

James Tate, trainer of Top Rank
We're really looking forward with him and we're pleased that the rain has arrived. We'd like even a little bit more, which I think we're due. He is in great form and seems to keep improving so we’re looking forward to testing him at this level.

Richard Hannon, trainer of Urban Icon
It's a real shame he hasn't managed to get his head back in front because he deserves to win a big one. I think a mile and seven furlongs come the same to him so I'm not worried about the step back up in trip and we've done very little with him at home to keep him as fresh as possible, so he goes there in grand form.

Roger Varian, trainer of Zabeel Prince
The trip is absolutely fine but he wouldn’t want any more rain. Although he is by Lope De Vega, his best form is on better ground. He looks back to his best at home and hopefully he'll run a solid race.

Charlie Hills, trainer of Tilsit
We've been happy with him and he's done a couple of nice pieces of work in the lead-up. He's a big, fine-looking horse that finds everything quite easy. It's just taken him a bit of time to understand what he’s meant to be doing but with every race he's improved.