Fiorente (Ire) gelding Wise Dragon has been a very consistent conveyance since joining the Mitch Beer stables, only missing the top four once in nine starts, and the trainer feels there’s no better time than now to tackle the riches that the Highway Handicap offers.

The four-year-old has a win and four placings from his past five outings, and the Albury-based trainer is more than happy to take the six hour drive to tackle the Class 3 Highway over 1800m at Rosehill Gardens this weekend.

“He’s continuing to run a drum all the time without really winning, so I thought if he’s going to do that he may as well do it for $100,000 rather than $25,000,” Beer quipped. “It’s a lot harder for us compared to those based at Scone or Goulburn, but you don’t win them by staying at home.

“To go up there and run third it’s like winning a race, and it’s a good thrill for the owners to have a runner on a Saturday city meeting. I couldn’t imagine a horse like Wise Dragon getting a better opportunity at a $100,000 race.”

The evenness of the Highway fields is not lost on Beer, who has already tasted plenty of success in the concept with horses like Swagger, Sunrise Ruby and Princess Cordelia, and he sees it more coming down to who gets the luck in running.

“You could probably run these Highways eight times and get eight different winners. There’s certainly not a lot between them,” Beer said. “There’s no real massive standout, so if he draws okay I think it’s definitely worth a throw at the stumps.

“Just going through the noms I don’t think there’s any young staying horse coming through the ranks, it’s more of who’s going to get the right run will win and hopefully that’s us.”

Next year’s Country Championships dates have recently been released, and Beer is planning a five or six-prong attack at the lucrative series. With $150,000 on offer for the heats and $500,000 for the final, it’s a series worthy of his attention.

“Sunrise Ruby is back in work and that’s her main goal,” Beer said. “We’ve also got Swagger, who is a last-start Highway winner, and Power Me Up won a country cup last start.

“Hardware Lane won a maiden here by six. He’s a good horse. And Scarlet Prince, who is Sunrise Ruby’s full-brother, just won a maiden at Wodonga and hopefully we can get his rating up and head in that direction.”

The Country Championship heats will be run from February 12 to March 20 with the final culminating on April 2, 2022. 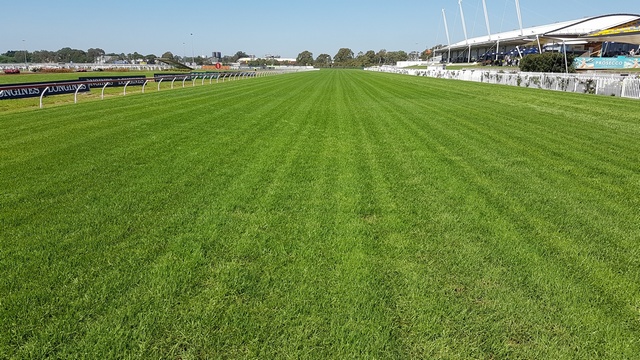 Mitch Beer will head to Rosehill on Saturday with Wise Dragon