Beehunter chance to back-up at Flemington

After a luckless performance at Flemington, Beehunter may return to the track on Saturday to contest a stakes race. The John Sadler-trained galloper is among entries for the Listed Hilton Nicholas Straight Six (1200m).

Beehunter won over the straight 1200m course on ANZAC Day before finishing an unlucky fifth to Triple Missile over 1400m at Flemington last Saturday, beaten less than 1-½ lengths.

Sadler said the gelding arguably should have won had Beehunter been able to get to the outside up the Flemington straight.

“He’s pulled-up well from Saturday’s race and everything seems fine with him,” Sadler said. “We’ll go right over him before the acceptance deadline on Wednesday. He seems in really good shape, and I would say it’s 50-50 at the moment. We may even accept in it and have a look at the race.”

Sadler said if it was decided to bypass Saturday race, there was another heat of the VRC-CRV Winter Championship (1400m) at Flemington on June 4 that may be suitable. 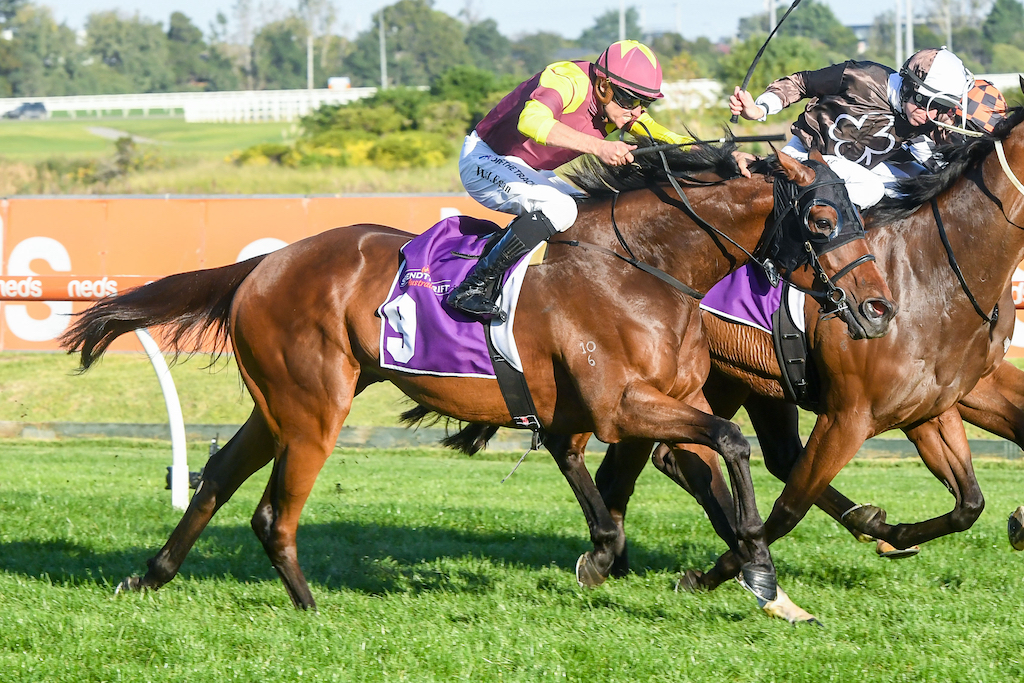 Regardsmaree has also accepted for the The Goodwood at Morphettville on Saturday, picture Racing Photos

A total of 29 horses have been entered for Saturday’s race that has a field capacity of 16 plus four emergencies. Regardsmaree, Lombardo, Not An Option and Outlaws Revenge are among nomination, but have also accepted for the Group 1 The Goodwood (1200m) at Morphettville on Saturday.

While Beehunter may be a 50-50 chance of running on Saturday, Sadler said he was likely to have a couple of runners at Flemington after saddling-up a double at last Saturday’s meeting with Flash Feeling and Adele Amour.

Sam’s Image will run in a Benchmark 70 race over 1100m in which he has 63kg, but Sadler has already engaged 3kg claiming apprentice Logan McNeil, while the trainer said Sniper Legend was like to run in the Three-Year-Old Handicap over 1100m.