Beauty Generation brushed aside the younger challenger and shrugged off old rivals to win the G2 Chairman’s Trophy (1600m) at Sha Tin on Sunday, setting up the prospect of an unprecedented third victory in the G1 FWD Champions Mile at the end of the month.

The New Zealand-bred gelding’s success was his 18th as a Hong Kong-based galloper, matching the career tally of the great Silent Witness, and pushed his own record prize money haul past HK$100 million.

“He’s done that nicely leading into the Champions Mile. He’s 100 percent right now, so I’ve just got to carry that through the next three weeks,” trainer John Moore said.

“It was a very nice win, the tempo was absolutely perfect and everything went to plan. My fellow wasn’t hit, it was hands and heels, so it’s a good sign for the Champions Mile – everything is positive.”

The mile feature was billed as a match between Beauty Generation and the circuit’s rising mile star, Waikuku, with the latter having defeated the former the last four times they had met.

But Waikuku failed to show anything like the dash that sealed the G1 Stewards’ Cup (1600m) in January. While Beauty Generation relished a pace-shadowing run on the rain-softened turf, his John Size-trained rival looked less than comfortable and found nothing when pressure was applied.

“He’s got soft track form,” Moore said of the winner. “The feet on him, big feet, and I think for an older guy like that, just that little bit of cushion does him a world of good – he loved it.” 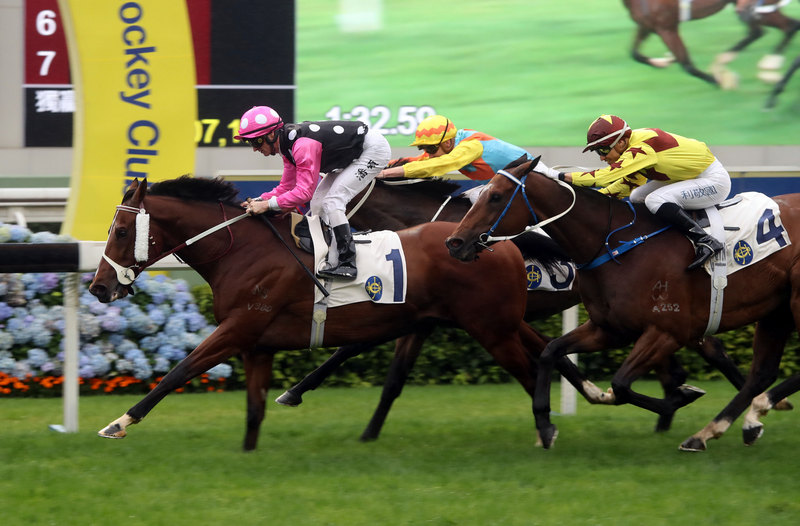 Chad Schofield kicked Ka Ying Star to a two-length lead approaching the home straight but Zac Purton remained patient on Beauty Generation. The Australian allowed the two-time horse of the year to reel in the leader without urging and when the arms began to pump at the 250m point, the powerful bay responded.

The seven-year-old rallied to the fight when Southern Legend edged into view on his outer and imposed his well-earned authority through the final 100m, with Purton relaxing his biceps for the final two strides.

“One thing I like – when Zac got off he said when they came on him, he showed some of his old fighting heart; he said he just knuckled down, he kicked and if the old boy is feeling in that sort of mood coming to the Champions Mile he has to be right there,” Moore said.

“He couldn’t have blown a match out, there’s no improvement in him, we have him as fit as we can get him.”

Purton was delighted with the horse he has now paired with for 15 of 18 wins, including seven of his eight at the highest level. This 18th victory equalled Silent Witness’s career win haul, as well as the total wins achieved by the prolific 1970s galloper Super Win.

“I suppose the most pleasing part was at the 200-metre mark when they challenged him and he fought them off. He’s got a little bit of spark about him again,” the three-time champion jockey said.

“The way Ka Ying Star set a sensible pace was a big difference this time – he was rated well, didn’t go along too fast. But he upped the tempo about 700 metres for home and I didn't want to chase him at that point, I just wanted to keep my horse on the bit and let him build his confidence – he was able to do that.”

Purton was just a hint less coy than usual about whether or not the win had increased his confidence that Beauty Generation will confirm the victory in the Champions Mile.

“Ah, a little bit,” he said, before going on to complete a treble on the day.

Ka Ying Star held on for second with Southern Legend third – both half a length back – the winning time was 1m 33.49s.

Waikuku, having his first start since January, passed the post sixth of seven, four and three-quarter lengths behind the winner.

“I think he probably felt the long space between runs because he put on a bit of condition. He wasn’t able to finish off the race, he was weakening,” jockey Joao Moreira said.

“That’s a target to set!” Moore said. “The prize money will have to go up for a horse ever to do that! My own target for him was 120 million but it needed a win in Dubai to get there.”

The FWD Champions Mile on Sunday, 26 April carries a purse of HK$20 million with HK$11.4 million to the winner. With the ongoing Cornavirus situation making the participation of overseas horses unlikely, Beauty Generation stands a good chance of pulling off the hat-trick – but he might have to see off another rising star, the brilliant BMW Hong Kong Derby winner Golden Sixty.

“I’m worried!” Moore admitted. “Golden Sixty is an exceptional racehorse on the up. He’s got age on his side, he hits the line seriously strongly, so it’s making for a great race and that’s what the world wants to see. He’s the new boy on the block and now he’s got to do it but I have to say, he puts a bit of fright into the team.”

Golden Sixty’s trainer Francis Lui is expected to make a decision in the next week about his exciting’s charge’s Champions Day participation. 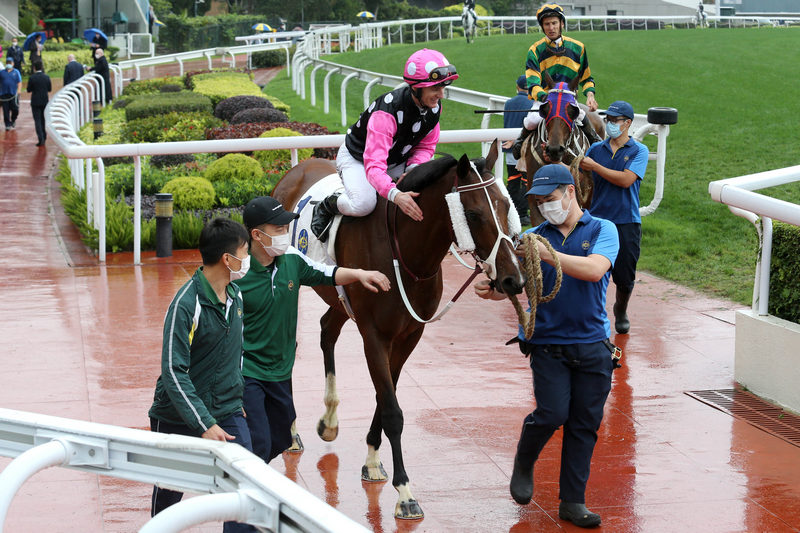