Ears The Barman (NZ) continued to belie his pedigree when he registered an upset first-up victory at Sandown Hillside on Wednesday.

Trained by Phillip Stokes, Ears The Barman swooped late in an otherwise on-pace-dominated Benchmark 64 handicap over 1300 metres as a $23 chance with BetEasy, defeating co-leader The Wrangler ($26) by a head with Wairere Falls ($10) and Mean Mister ($10) finishing within half a length of the winner.

"Speaking to the owners I thought he would run a good race today, I wasn't expecting him to win but I thought he was a top-three chance and Luke (Nolen) gave him a lovely ride," Stokes said.

Ears The Barman is the seventh foal to race from New Zealand-bred mare Ears Carol and six of them have been winners over 1600m or further, including dual Group 1 winner and 2014 Melbourne Cup placegetter Who Shot Thebarman, who contested five Melbourne Cups and six Sydney Cups.

The four-year-old Ghibellines gelding remains the exception of the family at this stage of his career, with both his victories from seven starts coming over 1400m.

"Last time in we stepped him up to 1700 metres and we walked away scratching our heads," Stokes said.

"You would think on pedigree he would get over a trip, I had always thought that, but maybe he's a better fresh horse kept to this trip.

"Maybe this prep we'll stretch him out a little bit to see where he can get to but he's a horse that's going to get better with time."

Ears The Barman was purchased by Wylie Dalziel Racing from the first book of the 2018 New Zealand Bloodstock Yearling Sale for NZ$115,000. 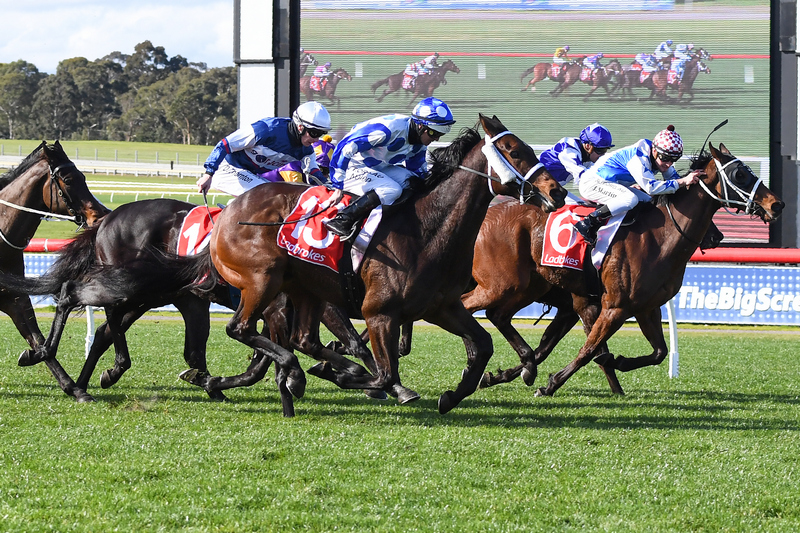