On a windy afternoon at Newmarket, Kameko made a big point on the track, while Andrew Balding made a big noise in the trainers' tea room. 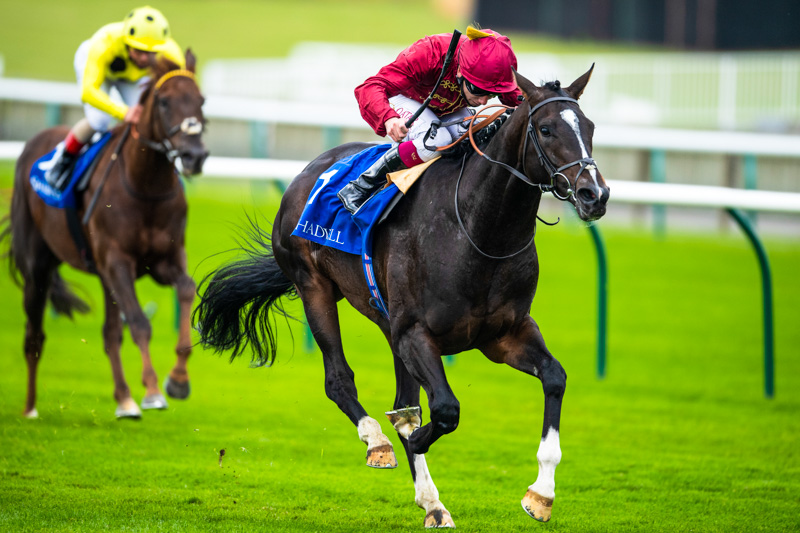 It was as the Qipco 2,000 Guineas winner surged into the lead entering the Rowley Mile dip that Balding made his feelings abundantly clear.

"Go on!" the trainer shouted, and on his stable star duly went, seeing off Regal Reality and Benbatl to produce a Group 1 performance in a Group 2 contest. Kameko is most definitely back.

For Balding in Newmarket's green zone, and for Qatar Racing's manager David Redvers in the amber zone, the primary emotion was the same.

"It's a relief to be honest," said Balding, who had been keen to send Kameko to the Shadwell Joel Stakes, even though it lacked top-flight status and required him to concede a 5lb penalty to the race's 2019 winner Benbatl, whose 125 rating already put him 5lb clear of a colt half his age.

Balding wanted to run Kameko not simply to maximise his chances in next month's Qipco-sponsored Queen Elizabeth II Stakes, but also to start righting some wrongs.

"It feels like we've been trying to put square pegs into round holes since the Guineas," said Balding. "I don't feel we've had a fair crack of the whip with him and I don't think the horse has had the sort of campaign we really wanted.

"Today was more to show that he is a very decent horse. It's not easy to give away 5lb to good horses. There was no hiding place against properly good older horses. That was a good effort."

Murphy, who had been on Benbatl's back 12 months ago, was in full agreement. 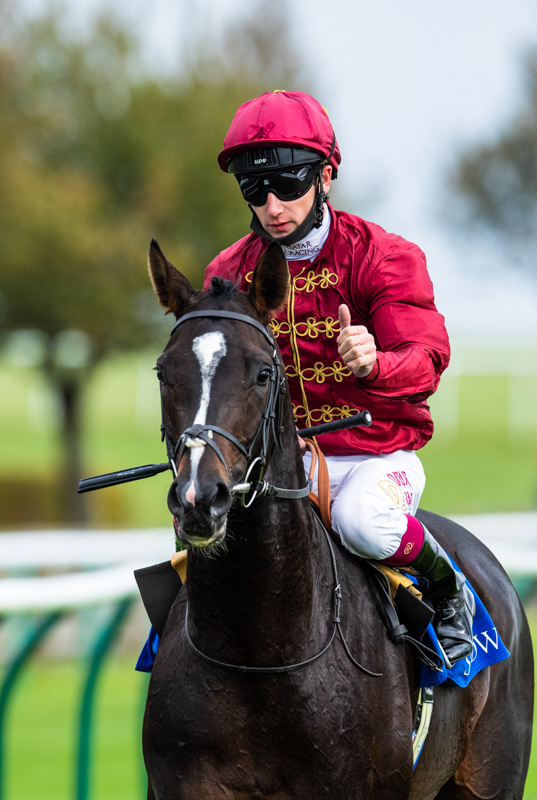 "I think on ratings, giving five pounds to older horses even surpasses what he did here in the 2,000 Guineas," said the champion jockey.

"We've been keen to get him on better ground as he'd been working very nicely at home. He hit a flat spot but he finds plenty and he did that well in the end."

We may also be nearing the end of Kameko's racing career. Although the Breeders' Cup Mile is an option, the QEII is Britain's supreme mile championship and one of the highlights of a card sponsored entirely by Sheikh Fahad and his brothers. Moreover, it is only two years since they and Murphy won it with Roaring Lion, another son of Kitten's Joy, but one whose life as a stallion was cut cruelly short.

"I don't know the final answer but I think the likelihood is he will be at stud next year," said Balding.

"I would like to go to Ascot but the likelihood is the ground will be much slower than it was today. That's the unknown, but it will be the owner's decision. He is a very valuable horse as a stallion and I don't want to take risks that might affect his appeal to breeders at stud."

What Kameko did on his return to Newmarket will only have heightened that appeal.